One to Watch out: AM Par Alexandre Mazzia 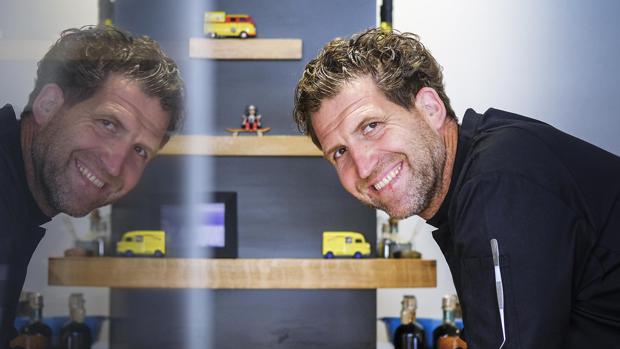 Matthieu Cellard
This year's winner of the American Express One To Watch Award 2022 is AM Par Alexandre Mazzia in Marseille, France.

50 Best has announced the winner of the American Express One To Watch Award 2022 as AM Par Alexandre Mazzia in Marseille, France. The award recognises a restaurant considered a rising star on the global dining scene and aims to recognise and celebrate gastronomic excellence and innovation.

Alexandre spent his childhood in the Republic of Congo before moving to France as a teenager to study gastronomy. He began working in kitchens throughout France and Spain, balancing his cooking with a career as a professional basketball player. In 2009 he arrived in Marseille, the city adopted him and he found a sense of home in its diversity and sunshine, surrounded by the sea with an international port.

In 2014 Mazzia opened AM Par Alexandre Mazzia to critical acclaim; the restaurant was awarded its first Michelin star within a year and the ultimate three Michelin stars just six years after opening. AM par Alexandre Mazzia is a deeply personal expression of his story, thoughts, and heart. The name is a wordplay on the French word for soul, “Âme'', and chef Mazzia’s initials. His cuisine draws on inspiration from a myriad of international influences, focusing on vegetables, fish and seafood. Guests are taken on an emotional journey of self-discovery, with unusual ingredient and flavour combinations, forming part of what Mazzia describes as ‘a cuisine of emotion.’

Chef Patron Alexandre Mazzia says: “I am truly honoured for AM par Alexandre Mazzia to receive the American Express One To Watch Award from The World’s 50 Best Restaurants. Whatever the destination, the most important thing is the journey and I am excited to continue on this journey with my team.”

The award seeks to recognise and celebrate the outstanding emerging culinary talent and fresh experiences. Previous winners include Ikoyi from London in 2021, Lido 84, from Gardone Riviera, Italy, in 2019; SingleThread, California, US in 2018; Disfrutar, Barcelona, Spain in 2017 and Den, Tokyo, Japan in 2016. The awards ceremony 2022 will take place at Old Billingsgate market in the City of London on Monday 18th July. 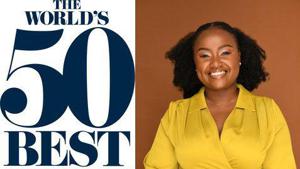 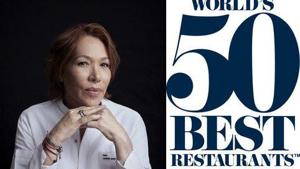 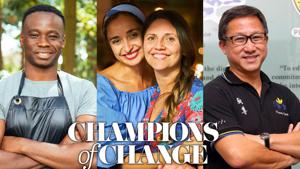 Awards for the Champions of Change