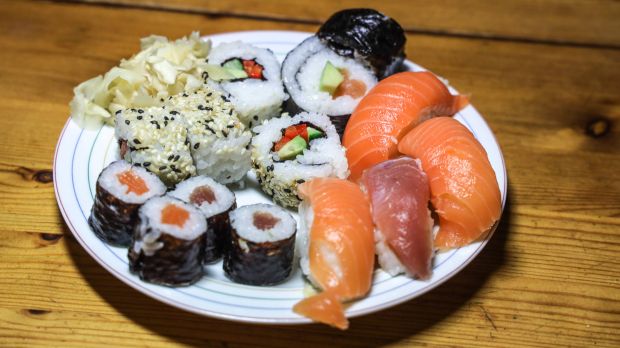 IMAGO / Rüdiger Wölk
Corona has not affected the expansion of shop-in-shop operator FCF Holding with its Eat Happy stores.

The Asia specialist Eat Happy has grown strongly again in 2020. By the end of the current year, the number of sushi units inside German retail locations is expected to reach the mark of one thousand and would have doubled in just two and a half years.


Covid-19 has not affected the expansion of shop-in-shop operator FCF Holding's Eat Happy stores. After a 40 percent increase in sales to 181 million euros in the previous year, the Cologne-based company reported another increase of more than 30 percent for 2020, coming in at around 235 million euros in annual sales. Currently, FCF operates 835 Eat Happy shops in German retail alone. By the end of the year, it could be 1000, one calculates in Cologne. To achieve this, an additional five stores per week would have to be put into operation.

"In the past two years, we were able to set an important course for the still very positive development of FCF Holding and Eat Happy", Andreas Bork recently summed up - before he left anyway. For two years he was at the top of FCF Holding together with company founder Christian Kraft.

More than 80 percent of FCF's turnover comes from Germany. The declared goal is internationalisation. Eat Happy already exists in Austria and Italy. With the Yuzu brand, FCF is mainly present abroad for trademark reasons, but there are also 25 Yuzu shops in German Kaufland stores.

Acquisitions are currently not an issue

In the first lockdown, Eat Happy only felt a minor effect on to-go products, reports Christian Jürgens, Managing Director of Eat Happy. But after that, locations with parking and plenty of space that ensure a modern shopping experience benefited the most. The shops' demand for ultra-fresh products is met by the subsidiary Wakame with small, decentralised production units and also ensures the supply of its own chests. For example, Wakame produces desserts from sweet rice dough for 350 of its own Mochi Pick & Mix chests. Sunny Su stands for a new breakfast offer with waffles and frozen yogurt, and Fermentur is the name of a trendy concept with fermented foods.

Jürgens rejects speculation about acquisitions:"Acquisitions are currently not an issue for us. "New ideas for Fresh Convenience are developed as concept partners of the retail trade on the floor.