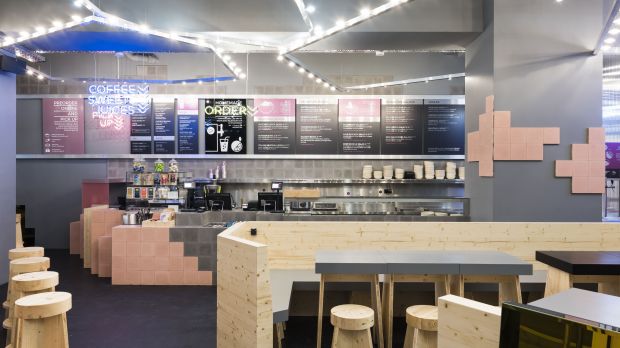 The fast-casual brand Beets & Roots is continuing its expansion. After recently opening a store in Frankfurt am Main in cooperation with Eatdoori, the company has now announced the launch of its first shop in North Rhine-Westphalia.

Beets & Roots ' first restaurant in North Rhine-Westphalia is located in the new 14-storey Pandion Francis office tower in Düsseldorf and is scheduled to start operations on 30 June. Seating for 45 is planned indoors, with an additional 60 seats on a spacious terrace. Delivery service and catering will also be offered.

While Beets & Roots plans to open a total of five locations in the Rhine-Main area in cooperation with the fast-casual concept Eatdoori over the next three years, the roll-out in North Rhine-Westphalia will take place without a local partner. As a result, there will be three more locations in Düsseldorf over the next two years, in addition to the opening at Pandion Francis. In the first quarter of 2022, the concept is expected to launch with a restaurant in Cologne.

Beets & Roots, founded in 2016, so far operates units in Berlin, Hamburg and Frankfurt. The focus is on contemporary, veggie-focused bowls, salads, wraps and soups. In addition, there are monthly changing specials like the Bowl For Change. Beets & Roots also offers a catering service and delivers with its own delivery service.

Last year, the Berlin-based investment company Comvest Holding AG expanded its involvement in the restaurant chain. In a financing round, the equity base of the healthy fast-casual concept was increased by a seven-digit euro amount, according to a statement.