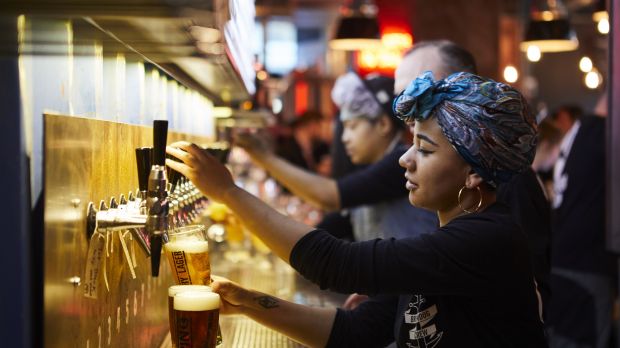 Following accusations from former employees that it promotes a "culture of fear", Scottish craft beer brewer BrewDog is responding by appointing a chief executive and an independent diversity specialist.The company's culture is to be put under the microscope.


Blythe Jack, was appointed chief executive of BrewDog on 7 June, according to UK industry service Propel. She is the managing director of TSG Consumer Partners, which holds a 23 percent stake in BrewDog. She has experience in high-growth consumer goods companies around the world and has served on the boards of companies such as Canyon Bicycles and Dutch Brothers Coffee.

At the same time, Ren Navarro has been appointed as BrewDog's independent diversity specialist for the beer industry. With nearly a decade of experience in the alcohol industry, Navarro brings a wealth of knowledge to foster personal and professional growth within the company, according to the company. She has lectured on diversity and inclusion at multiple colleges and countless festivals, panel discussions, radio shows and podcasts across North America. In addition to being a Diversity Educator, she is also a Craft Beer Consultant. BrewDog is also looking for a mental health and wellness ambassador.

The moves come after a week in which the company faced accusations of promoting a "culture of fear" in a letter from former employees.

co-founder James Watt said: "As we begin to take stock after these difficult but important days for BrewDog, our focus now is not to let the dust settle but to take action. For the former employees who we clearly let down, we can't and won't leave it at an apology - they have spoken up to make a difference and we will bring about change. And for the amazing people currently working at BrewDog, we plan to not only make incremental improvements, but build a cultural leadership and development program that not only inspires a better culture at BrewDog, but sets an example for our industry. We will begin by listening. Over the next ten days, we will conduct an anonymous employee survey that will not only explore the themes in the letter from former employees, but will painta comprehensive picture of BrewDog's culture at all levels."

Watt added that BrewDog will ensure team members are aware of existing anonymous escalation channels that offer help through counselors; listening groups will provide the company with employee feedback; and independent review of culture and HR practices by an external partner will "build a program for positive change within the company at all levels."

About BrewDog
BrewDog was founded 2007 - with no less a mission than to revolutionize the craft beer world. According to the two founders, Martin Dickie and James Watt,the impetus for starting their own brewery was the UK's uninspired beer scene. Today, BrewDog is the market leader in craft beer and one of the fastest growing companies in the UK. BrewDog's Punk IPA is the number 1 craft beer in the UK.
In 2010, the first investment round of the crowdfunding campaign Equity for Punks took place. An initiative that has nowraisedover 67 million British poundsin five rounds - more than everraisedin an online crowdfunding campaign before. A community of over 130,000 Equity for Punk shareholders allows BrewDog to grow without having to sell out or its ideals.
BrewDognowexportsbeers to over 60 countries and operates over 100 bars worldwide as well as breweries in Ellon(Scotland), Columbus, Ohio(USA), in Berlin and in Brisbane(Australia).