From Scottish to German Craft Brewery 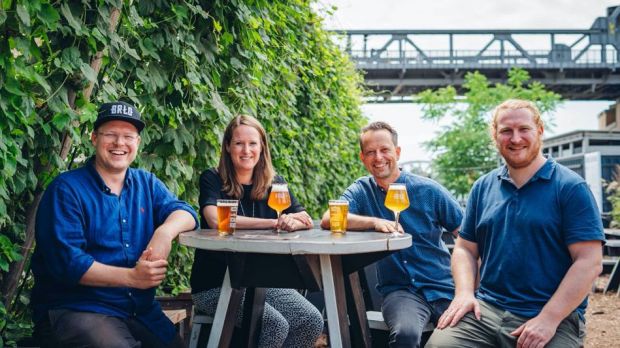 From one craft beer brewer to another: The former Brewdog Germany CEO Marcus Thieme joins the Berlin-based brewery and gastronomy start-up BRLO as Chief Operating Officer (COO). From July 1, he will primarily look after the areas of sales and operations for BRLO Beer & Cider, as well as drive the general expansion.

Thieme was most recently CEO of Brewdog Germany, delivering steep growth for the Scottish craft beer brewer in Germany for the first time. Katharina Kurz, Co-Founder and Managing Director of BRLO GmbH: "We are delighted to have Marcus, an internationally experienced manager in the beer & beverage sector, on board to take the next growth steps for BRLO. We see potential for BRLO far beyond Berlin."


Thieme brings a broad experience in the beverage industry and was Vice President & General Manager for Stone Brewing in Europe prior to his stint at Brewdog. He previously worked at Jägermeister for over 16 years in a variety of leadership roles.

Thieme is excited to be moving a Berlin brewery forward after an American brewery and a Scottish brewery, "Being a part of this great brand BRLO and its team makes me very proud. We are just at the beginning of a wonderful mission without borders!" Marcus Thieme completes the management team around Katharina Kurz (Overall Head of Brand and Strategy), Michael Lembke (Co-Founder and Director Brewing BRLO) and Ben Pommer (Head of Gastronomies and Management BRLO GmbH).

Over the last few months, the BRLO team has been doing a lot of tweaking to their product portfolio. And they are also pushing ahead with their own gastronomic expansion: "In September, we are finally reopening BRLO Chicken & Beer in KaDeWe, and in a new location with double the space. In addition, we have taken over a new gastro location in Berlin Mitte, which we will open in August. More locations will follow, because we are convinced that the BRLO gastro-experience with a combination of great beer variety and a focus on creative vegetable cuisine will be well received beyond Berlin," says Ben Pommer, managing director and gastronomic director of BRLO.

About BRLO
BRLO is the old Slavic origin of the name Berlin. The brewery and gastronomy start-up was founded at the end of 2014 by two student friends and a young brewmaster. The BRLO BRWHOUSE in the middle of Gleisdreieck was built from 38 used overseas containers and houses BRLO's first small brewery, a multi-award-winning restaurant (including Gault&Millau since 2017) with a focus on creative vegetable cuisine and a beer garden. In addition to BRLO Chicken & Beer at KaDeWe, BRLO plans to further expand its own beer restaurants. An integral part of BRLO's gastronomic concepts is contemporary brewery cuisine. Berlin Spandau is home to the BRLO Craft Zentrum, the second brewery and a correspondingly larger production site.