"We wanted to act quickly" 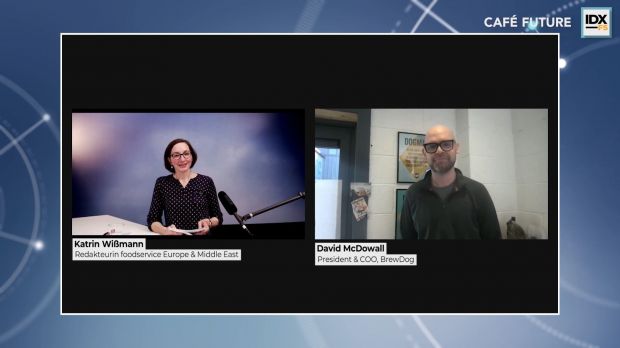 The problems of climate change also concern the gastronomy. Work is being done on energy and water consumption, waste, packaging and delivery routes in order to optimize the CO2 balance. The expanding pub chain BrewDog has even managed to act in a CO2-negative way. President & COO David McDowall told foodservice editor Katrin Wißmann in Café Future live at IDX_FS powered by Internorga how this is achieved.

Last August, the British beer brand made headlines when it announced that it would from now on be CO2-negative to act. Treber, residues from the brewing process, are converted by the Scots into green gas, which is used among other things for their own brewery. In the UK, the brewery is powered exclusively by energy from wind turbines. Meanwhile, the delivery fleet is being converted to electric vehicles. Through these and other initiatives, the company is managing to pull more carbon dioxide out of the atmosphere than it generates. To date, BrewDog has invested around €33 million in its green transformation.

In addition, the beer brewers have acquired an area of over 800 hectares in the Scottish Highlands. This is now to be reforested. Over the next four years, BrewDog says it will plant one million trees there. 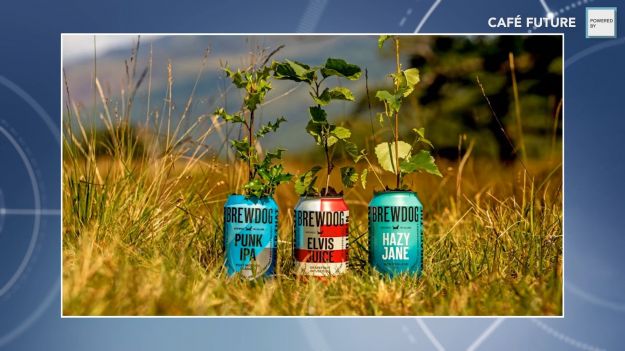 In the Café Future at the digital Internorga, President & COO David McDowall gave insights into the company's sustainability strategy in an interview with foodservice editor Katrin Wißmann. For example, he stated as a central point that the responsibility of change does not rest on the shoulders of a single person in charge: "We believe that in companies where there is only one person responsible for sustainability, things somehow go wrong," said McDowall. As a result, he said, each managing director is responsible for carbon impacts in addition to controlling finances.

Targets remain ambitious, with carbon emissions to be further reduced. In the past twelve months, McDowall says BrewDog has been able to reduce CO2 emissions by about 30 percent, and this year the figure is expected to rise to 40 percent.

The company also got its shareholders on board with its latest crowdfunding round: "We're looking to invest £30-40m in our sustainability agenda over the next two to three years," McDowall said. Some of that will be funded through Equity for Punks Tomorrow: "Everything we raise through this crowdfunding round, every penny, will go towards a number of aggressive sustainability initiatives." For example, an anaerobic digester will be built at the Ellon location to convert wastewater into clean water and produce food-grade CO2 to carbonate the beers.

About BrewDog:
BrewDog was founded in 2007 - with no less a mission than to revolutionize the craft beer world. According to the two founders, Martin Dickie and James Watt, the impetus for starting their own brewery came from the UK's uninspired beer scene. Today, BrewDog is considered a market leader in craft beer and is one of the fastest growing companies in the UK. BrewDog now exports beers to over 60 countries and operates over 100 bars worldwide as well as breweries in Ellon (Scotland), Columbus, Ohio (USA), in Berlin and in Brisbane (Australia).

The focus of these "green" activities is sustainability and consistent implementation. "We didn't want to spend 24 months creating a plan. We wanted to get down to business and take action quickly," said President McDowall. Things will probably be done wrong, but "we will be transparent about it." To help, he said, they worked with renowned sustainability professor Mike Berners-Lee.