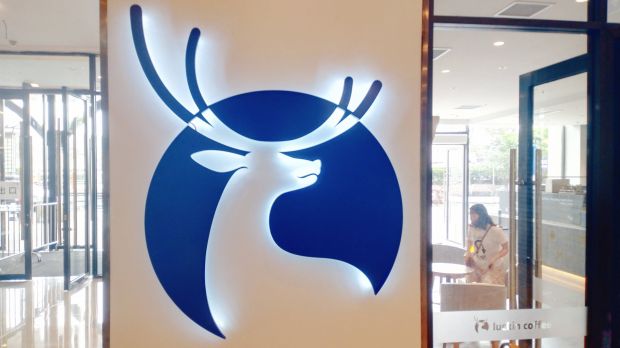 
"Luckin Coffee will suspend trading on the Nasdaq on 29 June and apply for delisting," the Chinese coffee chain announced in a statement. Previously, Luckin Coffee had received a new delisting notice from Nasdaq on 23 June for failing to submit its annual report.

Luckin's shares plummeted 89 percent to around $1.40 after the fraud allegations became public. Trading was suspended for several weeks. In May, both CEO and COO were dismissed, who were sometimes held responsible for the falsified balance sheets. Luckin Coffee announced on Friday that CEO and director Charles Zhengyao Lu is also to leave the company. On July 2, the dismissal will be decided.

The coffee bar brand Luckin, which was founded in 2017, went public last year and experienced a boom due to what appeared to be strong sales growth at the time. The IPO raised 561 million dollars. Luckin revealed in April of this year that in 2019 the company's balance sheets had been falsified by sales worth 2.2 billion yuan ($310 million).

Since then, Luckin has been considered the biggest Starbucks competitor in China. The brand adopted an aggressive strategy that attracted customers with an app-based purchasing model that prioritized take-away and delivery options. By the end of 2019, the company said it had more locations in China than Starbucks. Luckin announced that the more than 4,000 locations across China will continue to operate.