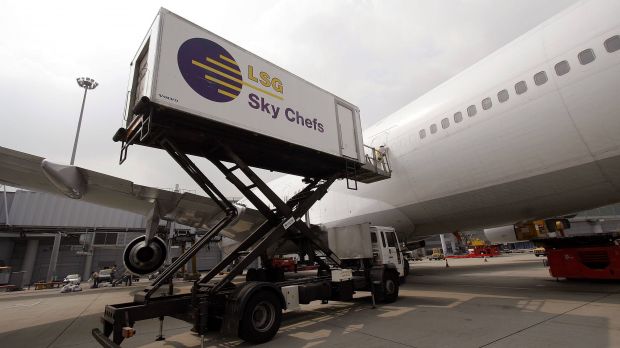 imago images
From March, Lufthansa will discontinue its free on-board service on short and medium-haul routes - Dean&David and Dallmayr will benefit from this.

Lufthansa had already announced last year that it would be eliminating free catering in Economy Class. Now the time has come - from March this year the companies Dean&David and Dallmayr will benefit from this.


"Buy on Board" will be the motto on Lufthansa's short and medium-haul routes from March onwards - starting on the route from Munich to Frankfurt. Here, products from Dean&David and Dallmayr will be offered for sale. Dean&David will be responsible for the main dishes, Dallmayr for hot drinks and sweets. Lufthansa will take over the production under licence.

Regional companies will also be offering food and drinks on short and medium-haul routes at Lufthansa subsidiaries Austrian Airlines and Swiss. Starting in March, free meals in Economy Class will be eliminated.


Until Corona, this usually included a snack, sandwich or hot meal on medium-haul flights. Now, at least in Germany, licensed products from the Dean&David and Dallmayr portfolios will replace the previously free service.

Currently, the service on board is reduced anyway, on most short flights there is only a bottle of water.
About Dean&David
Dean&David was founded in 2007 by David Baumgartner after a trip around the world. The menu includes fresh salads, hot Asian curries, bowls with quinoa and superfoods, grilled sandwiches and wraps, and freshly squeezed smoothies. The concept has won many awards, including the prestigious Hamburg foodservice prize in 2017. Before the pandemic, system sales were around 90 million euros per year.