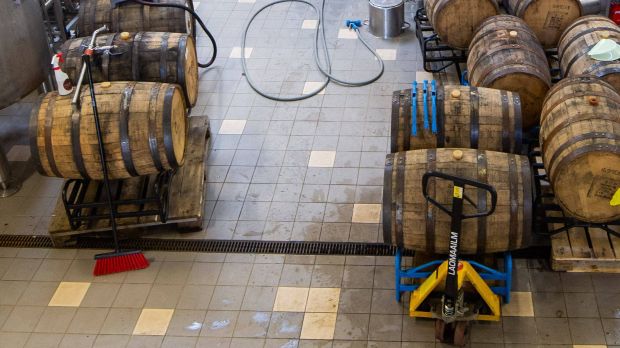 IMAGO / Scanpix
According to an industry survey by the German Brewers Association (DBB), one in four breweries (25 percent) now sees their existence threatened.

With the increasing duration of the lockdown for the hospitality industry, which has been in place for almost six months, the consequences for the German brewing industry are becoming more and more serious. According to an industry survey by the German Brewers Association (DBB), one in four breweries (25 percent) now sees their existence at risk.

The Corona crisis has hit the entire industry hard - companies of all sizes are reporting massive sales losses, short-time work and layoffs. According to the DBB's latest business survey, breweries' sales have slumped by an average of 33 per cent from January to March 2021 inclusive.

Breweries with a high proportion of gastronomy have been hit particularly hard, according to the association's latest sample. Due to the complete collapse of the draft beer market, establishments are complaining of sales declines of up to 85 percent at the peak. Only a very small number of breweries, which sell their beers mainly or exclusively through the trade, managed to avoid drastic losses.

Generally speaking, however, the largely stable, but generally low-margin sales of bottled beer cannot come close to compensating for the heavy losses in the catering business, from which breweries traditionally generate a large part of the value added and which is therefore necessary for the economic operation of the companies.

"There have not been collapses of this dimension in the German brewing industry since the end of the Second World War," says Holger Eichele, General Manager of the German Brewers Association. The collapse of a single market segment, as is now the case with draught beer, is unprecedented in the history of the brewing industry, he added. "After almost six months of a permanent lockdown, the catering business and parts of exports have completely collapsed, and a recovery of the market is not in sight because any perspective is missing. The sales losses of the brewing industry now add up to historical orders of magnitude," Eichele said.

In the association's new sample, which is not representative but does a good job of representing the breadth of the industry, nearly 88 percent of brewers said they were very strongly (58 percent) or at least strongly (30 percent) affected by hospitality industry closures and restrictions. When asked about a likely timeline for reopening outdoor dining, the vast majority of breweries indicated May as the expected date. Fifteen percent were more skeptical, fearing a delay in reopening the restaurant industry until at least June in light of the slow vaccination campaign.

The fallout from the gastro-lockdown and the resulting loss of sales is hitting all areas of the business at breweries. More than 85 percent of the breweries surveyed have had to put employees on reduced hours, primarily in the field. In four out of five breweries (79 percent), investments that are currently pending and important for the future have been postponed or cancelled altogether.

Just under a third of bre weries (32 per cent) have had to make redundancies since the beginning of the crisis. Due to the consequences of the pandemic, more than a quarter of the breweries (26 percent) complain about bottlenecks in the procurement of bottles, beer crates and cardboard packaging, for example. On the other hand, bottlenecks have also arisen in production and in supplying bottled beer to the trade, as 16 percent of the breweries confirm.

When asked what impact the Corona crisis will have on the German brewing industry in the medium term, the industry is concerned in many areas. Most breweries (over 86 percent) fear higher taxes and levies in the future to consolidate public finances. Almost 84 percent of the breweries surveyed expect to lose numerous outlets in the German hospitality industry. As many as 73 percent of those surveyed also expect a significant increase in the number of business closures and insolvencies in the brewing industry. 75 percent of the breweries expect an even stronger growth of online trade and delivery services. On a positive note, more than 62 percent of the establishments surveyed expect an increased trend toward alcohol-free or low-alcohol beers. Non-alcoholic beers were the only notable segment to increase their market share in the crisis year 2020. The Brewers Association assumes that the market for non-alcoholic beers will continue to grow sustainably.

Nearly 73 percent of the companies surveyed in the DBB survey said they had applied for state aid. Almost 69 percent of the breweries have applied for the bridging aid III, but so far only three percent have received it. A good 64 per cent have received short-time allowance in full as applied for - every fifth business has also received only a partial payment here. The situation is even worse for the November and December allowances: Only just under 44 per cent and a good 31 per cent of farms respectively received these in full as applied for.

With regard to the aid measures taken so far by the federal government and the states for affected companies, 75 percent of those surveyed came to the conclusion that the aid is not sufficient overall. When asked what other measures should be taken for the brewing and restaurant industries in the Corona crisis, many brewers advocate a clear opening perspective for restaurants and events and call for progressive testing concepts. In addition to the waiver or reduction of the beer tax for all breweries and the return to the former beer tax volume scale for small businesses, a debureaucratization of economic policy is called for.

With the national assistance a consideration of the entrepreneur salary is just as demanded as a reweighting of the fixed costs and lower thresholds with higher percentages with the bridging assistance III. In particular, the reimbursement for unsaleable draught beer urgently needs to be improved, the industry demands. In talks with the Federal Government, the German Brewers' Association had repeatedly pressed for additional, effective aid for breweries.

In February, more than 300 breweries from all over Germany had drawn attention to the tense situation of the industry in an open letter and pointed out that from week to week more and more breweries, brewery pubs and specialist wholesalers were getting into existential distress through no fault of their own. 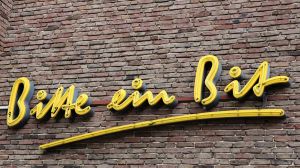 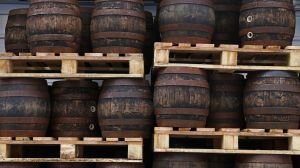