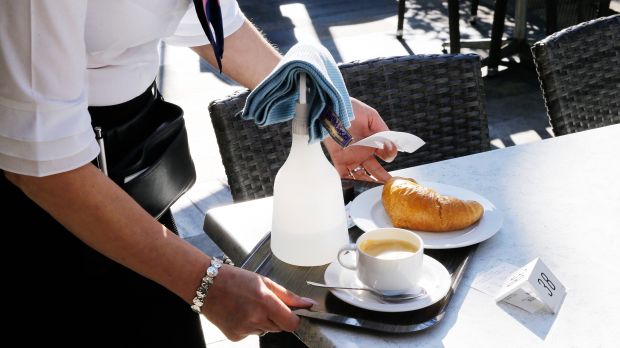 The catering trade will also benefit: throughout Switzerland, the conditions imposed in connection with the corona crisis will be largely relaxed from 6 June. On 27 May, the Swiss Federal Council decided that from 6 June, more than four people will once again be allowed to sit at the table in the catering trade.

The relaxation comes two days earlier than announced - it also affects the catering industry. In restaurants, for example, more than four people are again allowed to sit at a table, provided that the follow-up of contacts is guaranteed. Condition: Consumption only while seated and closing at midnight. This relaxation rule also applies to discos and nightclubs, but the number of people per evening must be less than 300. In addition, attendance lists must be kept.

Cinemas, zoos, theatres, mountain railways, camping sites, other tourist attractions and swimming pools also benefit from the relaxation. Condition: All facilities and events must have protection concepts. Hygiene and distance rules must continue to be observed, and where distance rules cannot be implemented, the tracking of close personal contacts must be guaranteed, for example with presence lists.