Switzerland opts for a special path 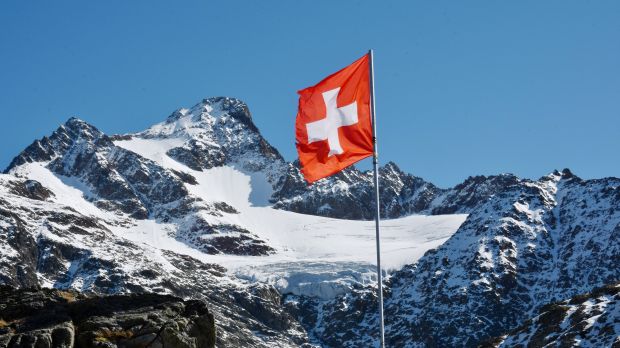 Imago Images / Geisser
Switzerland is taking its own approach to the pandemic.

In contrast to many countries in Europe, gastronomy or leisure facilities are open in Switzerland despite the current pandemic. Switzerland is thus choosing a special path. This is causing criticism. Reasonably?

As all European countries, Switzerland is now strongly affected by COVID-19. In all cantons, the number of new infections significantly exceeds 50 cases per 100,000 inhabitants per seven days. The whole of Switzerland is therefore currently considered a risk area in Germany. Warnings are issued against travelling in the country. In addition, according to media reports, the health care system in some regions is already almost at the limit.

Nevertheless: restaurants and bars are open, there is a curfew from 11 pm to 6 am. In addition, consumption in restaurants and bars is only allowed when seated. Only discotheques and dance halls are closed. Public events for up to 50 people are permitted. Sports and cultural leisure activities for up to 15 people are possible. And private events up to 10 persons are allowed.

There is a general obligation to wear a mask in publicly accessible indoor areas, public transport, train stations and platforms as well as at airports, in shops and shopping centres. In addition, hand hygiene and social distancing remain the most important protective measures.

Travel for tourist purposes is also regulated differently than in Germany, for example. In Switzerland, for example, a country is now only considered a risk area if the incidence of new infections per 100,000 inhabitants is at least 60 higher than the incidence in Switzerland in the last 14 days. As a result of this regulation, the 10-day quarantine obligation on return to their home country is no longer required for many Swiss tourists.

However, the number of deaths is very high compared to many other countries. For example, 12 deaths per 100,000 inhabitants are currently reported for Switzerland and Liechtenstein within the last 14 days. The price - in terms of health and human lives - that the country is currently paying for the loose measures is high.

"The deadly hesitation in October - more people are currently dying of COVID-19 in Switzerland than in most other countries," the Neue Zürcher Zeitung (NZZ) noted last Wednesday. According to the NZZ, there is disagreement within the Swiss Federal Council as to whether Switzerland is prepared to accept the death of people out of consideration for the economy. According to the newspaper, Health Minister Alain Berset denied at the end of October that Switzerland was giving greater weight to economic considerations in the second wave than in the first. In an interview with the NZZ, the SP Federal Council said that there was no contradiction between health and the economy. One should orientate oneself on the "optimum", with which one makes the best of both aspects.

Meanwhile, there is a great deal of criticism from abroad for the Swiss approach. According to media reports, the WHO's special envoy for COVID-19, David Nabarro, and SPD health expert Karl Lauterbach, for example, believe that much has been missed in Switzerland. Nabarro, for example, reports a "very serious situation", while Lauterbach, on the other hand, believes that Switzerland has "done a lot of things wrong".

But what can also be observed is that the situation seems to be relaxing - to the death of the regulations, which are quite loose compared to other countries: While an absolute peak was reported on 6 November with 10,098 new corona infections, the number of infections has been falling continuously since then. On 27 November, only 4,468 new infections were reported. And so the Südkurier asks the question: "Is Switzerland more successful without a lockdown than Germany with a lockdown?

At least it seems that Switzerland can cushion the economic damage more easily than Germany. And while in this country there is still a struggle over ski tourism, there are already framework conditions in the Alpine Republic with a view to the winter season. A strategy paper of the Swiss Federal Office of Public Health states: "An agreed and coordinated approach in winter sports resorts should be encouraged. This should allow sports, hotel and catering services to operate while preventing the transmission of the virus through strict protection concepts and appropriate restrictions on social activities (restriction of opportunities and number of contacts). The approach is currently being discussed with neighbouring countries and between the affected cantons".

However, the pressure from Germany on the currently open ski areas is growing. Chancellor Angela Merkel, for example, wants to achieve a closure of all ski resorts within Europe until after the winter holidays. And according to media reports, Federal Councillor Alain Berset wants to drastically tighten the corona measures in the ski resorts. A final solution is not yet in sight, however.


This text first appeared in German language on www.ahgz.de. 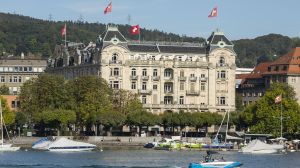