In Israel with a "Green Pass" to the hotel and restaurant 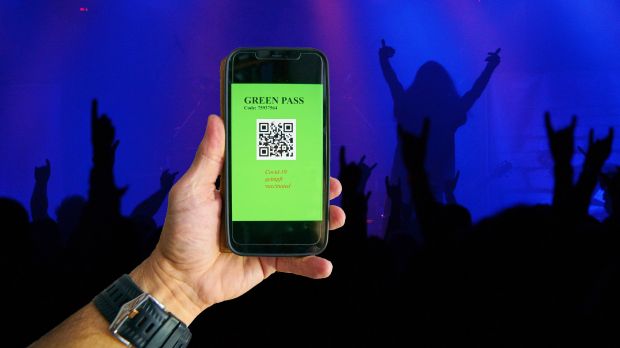 Israel is not only making headway in terms of vaccination rates. While the debate is still going on in this country, Israel is ramping up public life again. However, not for everyone: only those who can show a "green passport" are allowed to travel - without subsequent quarantine - or to go to hotels. An app helps with the control.


The latest developments from Israel are encouraging. A recent Israeli study has shown for the first time that the vaccine from Biontech and Pfizer prevents infections of others by almost 90 percent. In addition, the country is now allowing at least vaccinated people and people who have survived a corona infection to return to normal. With a so-called "green pass", these people are allowed to go to hotels, fitness studios, the theatre or sporting events.

According to a report by Tagesschau.de, this works as follows: Recovered and vaccinated people can create a vaccination card online one week after the second vaccination. All holders of this ID can then have a "green passport" issued to them, including via a special app. The passport is available via the app on the smartphone or as a printed confirmation. The pass is scanned at the entrance to places that require such a pass, such as swimming pools. The green passport is also expected to make travel hassle-free again and eliminate the need for travelers to be quarantined. Israel has already concluded reciprocal travel agreements with Greece and Cyprus. However, Israel's borders and airports will remain closed until at least March 6.


Israel, which has a population of about 9.3 million, is running one of the most ambitious vaccination programs in the world. Head of government Benjamin Netanyahu expects 95 percent of citizens aged 50 and older to be vaccinated in two weeks. Against this backdrop, schools and many stores have been allowed to reopen since this Sunday. According to John Hopkins University data, the so-called 7-day incidence, the number of people infected in a week per 100,000 residents, remains relatively high in Israel at 285 (as of Feb. 23), despite vaccinations, but is down significantly. The peak on Jan. 18 was 697.

Based on the latest developments in Israel, German Justice Minister Christine Lambrecht (SPD) is giving hope to vaccinated people at no risk of infecting others for a quick return to normalcy in Germany. "If we know that the vaccination actually leads to the fact that one is no longer infectious, then there is no longer any reason to restrict basic rights," the SPD politician told TV channels RTL and ntv on Monday. Lambrecht pointed out, however, that the data situation was not yet sufficient for certainty. However, the British Ministry of Health had also stated that initial data showed a significantly lower risk of infection by vaccinated people.

Hotel booking only for vaccinated persons

The main counter-argument in the debate about special rights for vacc inated people (where here is to be understood the return to basic rights for vaccinated people! - Editor's note) has so far been that it is unclear whether they could pass on the virus or not. In Germany, moreover, only about four percent of the people have received at least a first vaccination. It is currently assumed that this number will rise sharply in the coming weeks due to more extensive vaccine deliveries. In addition, Health Minister Jens Spahn wants to examine whether the more than two million people who have already overcome the Corona disease only need one vaccination appointment to activate the immune system once again. This would further speed up the vaccination process.

The tour operator Alltours had already announced that it would probably only allow vaccinated people in its hotels from autumn. Lambrecht said she expected that this group would continue to get special rights: "I can very well imagine that hoteliers or restaurateurs say that access is possible for vaccinated people." But for people that've been tested negative, she said, this must also apply. Reuters/id