Pret A Manger cuts one third of jobs 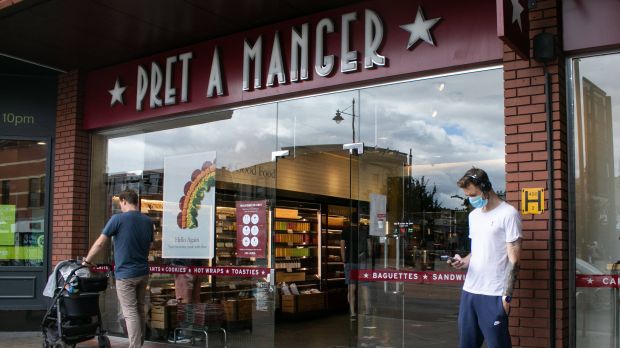 Pret A Manger, the sandwich chain founded by Julian Metcalfe, is parting company with 2,800 employees in the UK. The turnover of the company, which is part of JAB Holding, is currently around 60 percent compared to the previous year; in August the figures recovered only slightly. Since July, a weekly increase of 7 percent has been observed.

The decline in frequencies in inner-city locations and traffic sites is giving the sandwich chain a hard time, with no improvement in sight for the time being. More people work in home offices, less commuting and fewer tourists. The pandemic has thrown the chain's figures back by about a decade. In August 2020, Pret A Manger had a weekly turnover of around 5.2 million British pounds. That is roughly the same level as ten years ago. Back then, in 2010, it was 5.5 million pounds sterling.

After about two months of negotiations with the team members, the job cuts are now taking place. This was preceded by the decision at the beginning of this summer that 30 stores throughout the UK would close permanently. The job cuts reflect the shorter opening hours, lower transaction volumes and the losses the company will face in 2020.
About Pret A Manger
Pret A Manger was founded in 1986 in London by friends Sinclair Beecham and Julian Metcalfe. In 2018 JAB Holding acquired the company. In 2018, Pret A Manger achieved a total turnover of around 1 billion pounds (+12% yoy) with 545 units (+43 yoy) worldwide. In Europe, the brand generated sales of around £792 (+14 % yoy) with 423 shops (+40 yoy). The top three European countries in terms of sales are the UK, France and Denmark.
In 2019 the Pret mother took over the Eat chain.
"Pret is continuing to transform its business model, bringing Pret to more people through a variety of channels and in new ways, with further initiatives to be announced in the coming weeks," the company is further quoted on the Propel news portal.

Pret A Manger currently has 367 shops in the UK and a further 130 abroad. After the job cuts, there will still be around 6000 employees in the UK.

At the end of May this year, Pret engaged A&M and CWM to advise on a comprehensive transformation plan, focusing in particular on the company's cost base, including lease pressure in the face of changing market conditions. According to Propel, discussions with landlords on a more sustainable lease model are underway.