Sales drop due to test obligation 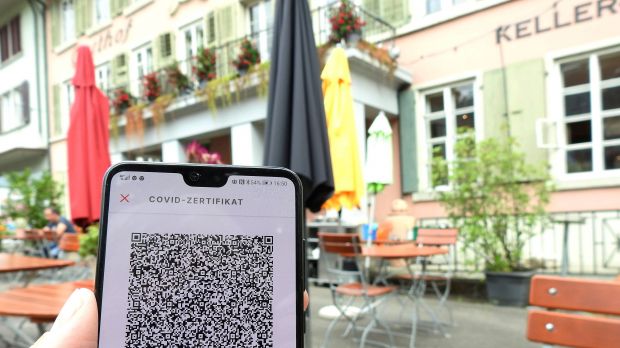 IMAGO / Geisser
In Switzerland, negative Coronatest certificates are obligatory for unvaccinated guests at restaurants. Tests will become chargeable from 11 October.

The Swiss Federal Council decided on 1 October that Corona tests will be subject to a charge from 11 October. Since the introduction of mandatory certificates (vaccinated, recovered, tested) for restaurants, turnover in the hospitality industry has already dropped by 20 percent. Now the Swiss association Gastrosuisse fears additional declines.


"Many people are thus denied access to the restaurant industry. In addition, this aggravates the situation in the hospitality industry, as many businesses already have fewer guests and significant declines in sales due to the certificate requirement," writes the association Gastrosuisse in a statement.

The decline in turnover in the hospitality industry since the introduction of the obligation to prove a negative coronation test for all guests who have neither gone through a corona infection nor been vaccinated in mid-September is around 20 percent. This is shown by a study of Monitoring Consumption Switzerland of the HSG on credit card transactions in the food service industries. Food service in rural areas was even more affected, it said. "We are constantly receiving letters from dismayed members who are receiving cancellations because of the certificate requirement and whose sales have since plummeted," says Casimir Platzer, president of Gastrosuisse.

He expects further declines in guest numbers and thus sales when testing becomes chargeable from October 11. "Many banquets, group dinners and other occasions will be cancelled as a result first right", concludes Platzer from many feedbacks from members and guests. Making matters worse, he says, is that temperatures are starting to drop, which means outdoor areas will be less frequented.

The presidents of the 26 cantonal associations of Gastro Suisse have been demanding compensation for the additional massive drop in sales since mid September, together with a concrete exit scenario on the part of politicians. "The hospitality industry needs planning security and Switzerland must return to normality", is the clear request to the Swiss federal government.

From the payment obligation for Coronatests due starting from 11 October people once vaccinated  as well as young people under 16 remain exempt. In addition, the Federal Council launched a new vaccination offensive. 170 new mobile vaccination centres and 50-franc vouchers for successful vaccination advice are on the agenda.

The Federal Office of Public Health reported 1,211 corona cases on Friday, October 1, while the 7-day average was 1,176 reported cases, down 22 percent from the previous week. Meanwhile, 58.5 percent of the Swiss population is dually vaccinated. Nationwide in Switzerland, mouth-to-nose protection must be worn on public transportation, in stores, museums, restaurants, at train stations, airports and bus stops, and in all indoor public spaces. Inside restaurants and bars, a certificate obligation (vaccinated, recovered, tested) has been in force since 13 September. In addition, mandatory seating is in effect.

"The industry is taking off again"