Thousands of restaurants in China closed 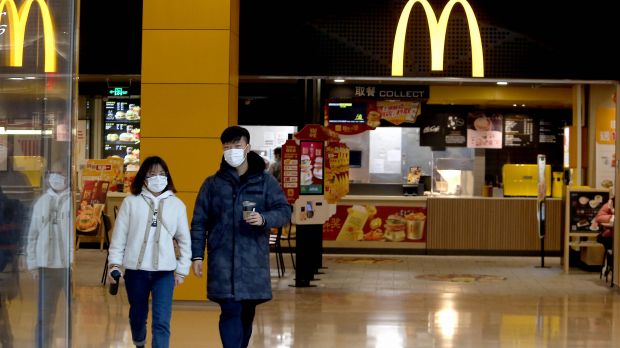 imago images / UPI Photo
McDonald's is temporarily closing numerous sites in China because of the coronavirus.

The current epidemic caused by the coronavirus is leading to numerous temporary closures of restaurants in China. Gastronomy companies expect a 50 percent decline in sales compared to the same period in 2019.

According to consistent media reports, thousands of gastro-units in China are currently keeping their doors closed. Starbucks, for example, announced that more than 2,000 locations are temporarily out of operation. The Chinese country market accounts for about 10 percent of the company's sales, so it must be expected that the epidemic will have an impact on the chain's annual results.

McDonald's also reports that "several hundreds" of restaurants are closed. "The situation in China is worrying," said McDonald's CEO Chris Kempczinski. According to media reports, the company has set up a "task force to combat epidemics". However, Chris Kempczinski considers the impact on system-wide sales to be minimal.

Health has the highest priority

Yum! Brands is also keeping a very close eye on developments in China. CEO David Gibbs said he was in regular contact with Joey Wat, CEO of Yum! China. "This will certainly affect our 2020 sales," he told various US media. But the health and safety of the people is the highest priority.

For the Yum! brand KFC, China is a crucial market: the chain generates 27 percent of its annual system-wide sales here. At Pizza Hut (also Yum! Brands), the figure is 17 percent.