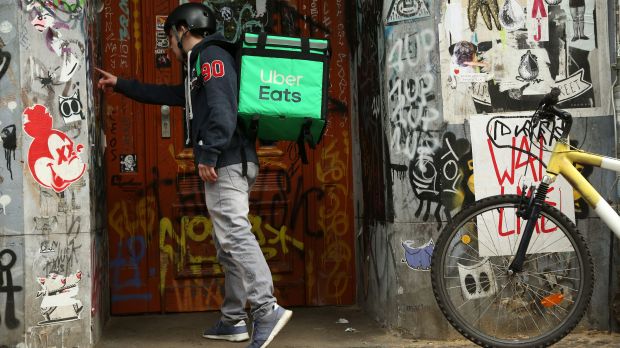 As Uber Eats is launching in Germany, sandwich expert Subway is participating with nine restaurants in Berlin. Deliveries are made to the home, office or even to meeting places in public spaces.


"Over the past year, the number of takeaway and delivery orders in all our restaurants has increased massively," explains Thorsten Huettemann, Subway Development Agent for Berlin, Brandenburg, Thuringia and Saxony-Anhalt. "With our Subway Click & Eat service, we already had a great system here so far to make ordering quick, easy and convenient. Remote ordering is becoming more and more important - so it's a particular concern for us to offer our guests the greatest possible convenience when ordering. With Uber Eats, we have gained a strong partner."


Uber Eats Germany spokesperson Tobias Fröhlich says of the cooperation with Subway: "For the launch of Uber Eats in Germany, it was particularly important to us not only to have a perfect and reliable delivery service, but also to have the most popular restaurants with a large existing fan base in our portfolio right from the start."

About Uber Eats
Uber Eats claims to be one of the world's leading food delivery apps. Ordering food is said to be as easy as booking a ride. Using Uber technology, Uber Eats allows diners to order their food wherever they are - at home, at the office or at the park. The app connects restaurants, consumers and couriers on two wheels. Worldwide, Uber Eats is available in more than 6,000 cities in 45 countries.

Following the launch in Berlin, the service will be successively expanded to other cities throughout Germany.
About Subway
Subway operates in more than 100 countries worldwide. The entire network of 42,500 restaurants is owned by just under 21,000 franchisees. In Germany, there are currently around 690 locations operated by over 360 franchisees. In the Top 100 ranking of the largest restaurant franchises in Germany in 2020 , Subway is ranked 8th with estimated system sales of 230 million euros (previous year: 267 million euros) and a constant 692 units.