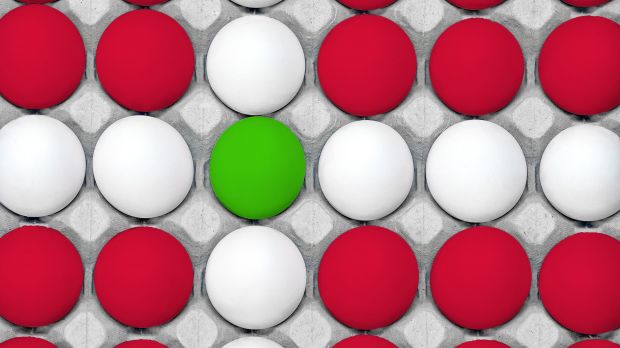 Shutterstock
Denmark is considered the model country for the use of organic products.

For years, Denmark has been pushing the use of organic food in catering and community catering. With success. Today the country is a world leader. The fear for the quality of drinking water was the impetus.

Editor's note: The research was conducted before the corona crisis.

When nitrate levels rose alarmingly in the 1980s, the Danish government decided to redirect its efforts. Away from conventional agriculture and towards an ecologically oriented economy. Today, 30 years later, Denmark is considered the model country for organic farming worldwide. Behind this success are clearly set goals with a sophisticated strategy and corresponding government support.
„It is not enough to simply replace potatoes with organic goods.“
Kenneth Højgaard
The result: With an organic share of over 13 percent of the food market, Denmark is by far ahead of the rest of Europe. The balance in the out-of-home market is similar. Nationwide, a good 3,000 canteen kitchens now use at least 30 percent organic food. The trick: Caterers with an organic share of 15 to 25 percent, which are already celebrated as successful examples of best practice in Germany, do not appear at all in the official statistics due to the "low" organic share. Why? The answer is provided by Jorgen Pedersen, Sales Manager at the Danish wholesaler BC Catering: "An organic proportion of 60 percent is easy for Danish canteen kitchens to achieve". So what's 15 percent?

But that was not always the case. Years ago, the impetus came from the city of Copenhagen. The then ambitious mayor set a target of 90 percent organic content in public facilities such as hospitals, schools, company restaurants and kindergardens. Some said impossible, others said feasible. Years later, the capital has almost reached its goal: the organic proportion is 89 percent!
Did you know that? Facts about Denmark

The then Copenhagen House of Food, which as an independent foundation coached around 900 kitchens on their way to becoming an organic farm – starting with process management and food planning through to staff training – was a major success. "It's not enough to simply replace potatoes with organic produce," says Kenneth Højgaard, who was long a leading force in the House of Food. "We have to change heads and pots," he repeats today like a prayer wheel. What does he mean by this? The way of cooking must change radically with the use of organic food.

The fact is that before the "organic revolution" many Danish kitchens worked with a high proportion of convenience products. The House of Food's mission was nothing less than to make chefs regain the desire to cook with fresh, regional foods, to put the lever in their heads. This is the only way to successively increase the proportion of organic products to almost 100 per cent – without increasing the budget! This was the target. With changed recipes, a higher proportion of vegetables and smaller portions of meat as well as a fresh cuisine, the seemingly impossible was achieved.

Training is the key

However, all participants agree that this would not have worked without intensive training of the employees. Today, 14 hospital kitchens alone shine with a 90 percent organic share and are allowed to adorn themselves with the "Organic Cuisine Logo" in gold, the Danish organic seal for gastronomy and canteen kitchens. It encourages businesses and shows guests how much organic food is on their plates. The Copenhagen model has been extended to the whole of Denmark in an adapted form. The goal: 60 percent organic content in all public kitchens by 2020. This can only work because the Danish government is using a state fund to promote not only the conversion to organic farming, but also coaching for kitchen staff and much more.
Danish formula for success