Record figures on the German market 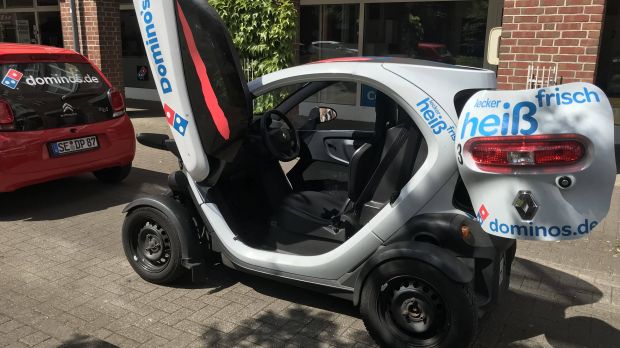 A substantial increase in Corona times: Domino's Pizza Enterprises (DPE), the parent company of Domino's Deutschland, published its figures for the 2020 financial year, which ended on 28 June 2020. Some key points: For the first time, system sales of more than 3 billion US dollars (3.267 billion US dollars, +12.8%) with a 5.8% increase in same-store sales. The European markets, and Germany in particular, contributed the lion's share of revenues.

More than 72.1 percent of group-wide sales now come from digital channels. The long-term strategy of digitization, which the company has been pursuing for a good ten years, helped Domino's to master the challenges of the Corona crisis better than many other companies.

In the European market (Germany, France, the Netherlands, Belgium, Denmark and Luxembourg), the pizza supply chain increased its seed store sales by 2.8 percent and its revenues by 5.1 percent to EUR 749.1 million. Within the DPE Group (see box), the European countries thus made the largest contribution to the total revenues of the past financial year, which is equivalent to 1.6 billion euros. Due to temporary closures - among others in France - the group reports a 1.5 percent lower EBITDA for Europe than in the previous year of EUR 50.6 million.

Domino's Germany sees record sales, record profits and record returns for franchisees. In recent months, the company has also increased its investment in advertising by more than 40 percent. Stoffel Thijs, CEO Domino's Deutschland: "In particular the quality promise introduced last year and the 'Domino's Duo' - the second pizza for two euros every Tuesday and Wednesday - have been very well received by our customers."

DPE does not publish detailed sales figures for Germany in its annual report, but does mention a few key points. In October 2019 the company sold pizzas worth 5 million euros per week for the first time. In the course of the financial year, this brand was torn 21 times, once for seven weeks in a row. Viewed over eleven months, the German market recorded a double-digit increase in seed store sales.

Expectations for the coming business year

Due to the pandemic, entire national markets could be shut down at any time on short notice.