Brilliant start to the stock market 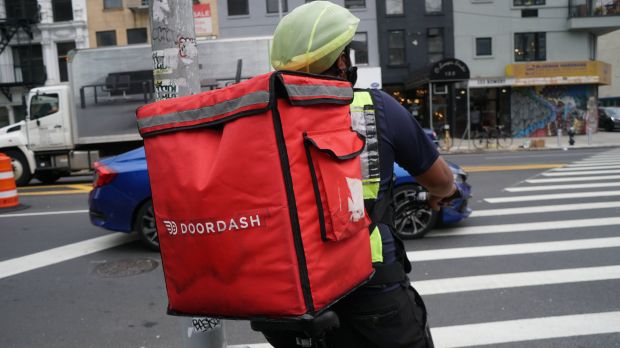 imago images / ZUMA Wire
The US delivery service Doordash takes off on the US stock exchange.

US supplier Doordash makes a successful start on Wall Street. Stocks shot up 85 percent on the first day. The papers were issued for 102 euros each. At the end of the trading day, the price was 189.51 dollars according to ARD.

The company's successful IPO reflects the development of the industry against the background of the global corona pandemic. Since people are currently unable to eat in restaurants, meals are ordered home. Delivery services are seen as profiteers from the crisis.

Market leader in the USA

Doordash was founded in 2013 by Tony Xu and three other Stanford students. Instead of taking off in metropolises like New York or Los Angeles, the company concentrated on locations in suburbs. Seven years after its founding, Doordash is considered the market leader in the USA ahead of Uber Eats.