Employee cuisine from a star chef 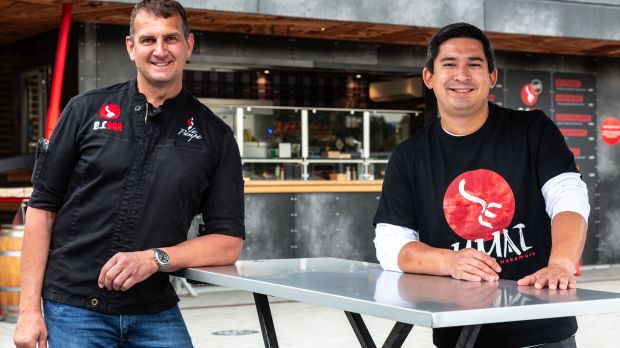 Engelbert Strauss
Chef Uwe Kürschner won the Food & Health canteen test 2019 with his employee restaurant Cucina del Campo and is now delighted about the creative reinforcement of Tohru Nakamura for the streetfood campaign in autumn.

For his streetfood campaign in autumn, workwear specialist Engelbert Strauss hired Tohru Nakamura, none other than the chef of the year. The star chef supplied signatures from Tokyo's trendy Shibuya district for the Cucina del Campo and Burger Grill e.s.Bar.

„Our motto: Hip, handcrafted and very inconvenient. “
Henning Strauss, Geschäftsführer, Engelbert Strauss
The pioneering company in stylish workwear is alwalys keen on setting new accents in its company gastronomy. In autumn, the employees at the headquarters in Biebergemünd on the Hessian "Route 66" can test Japanese streetfood cuisine at its best. For the six-week campaign, Henning Strauss hired the Chef of the Year Tohru Nakamura: "Culinary art is fun. We are constantly tinkering with our recipes. This is, so to speak, the next-level cafeteria," says the managing director in the fourth generation.

Until 31 October, guests at the Burgergrill e.s.Bar close to the company's Workwear Store will be able to choose from Streetfood Signatures such as "Umai Chicken" and the vegetarian "Carrot Dog with Carottes". "We'll light the next firework of flavours and get a portion of wanderlust and Tokyo flavor to eat here", comments catering boss Uwe Kürschner on the culinary excursion. 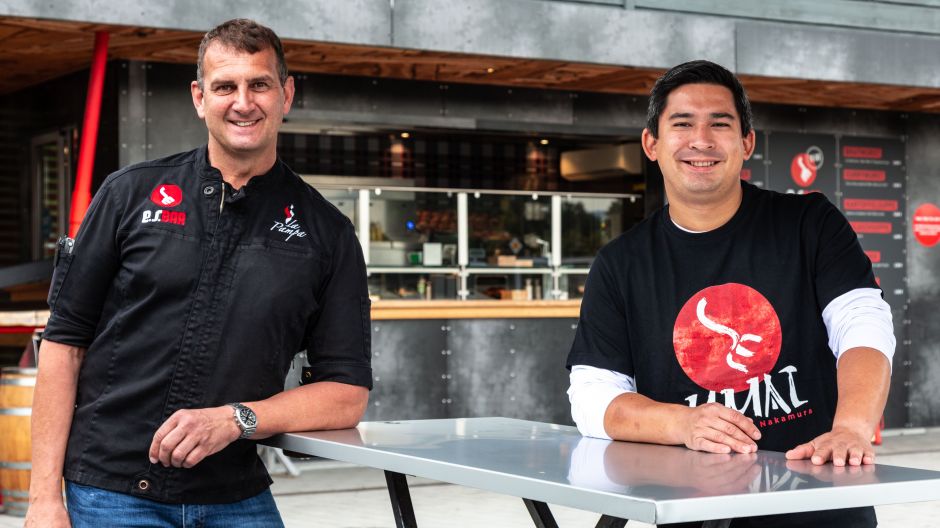 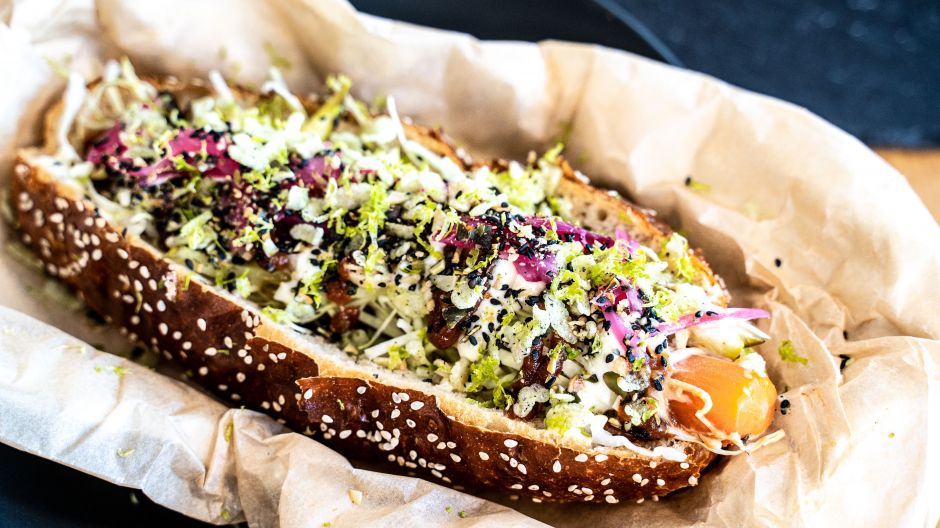 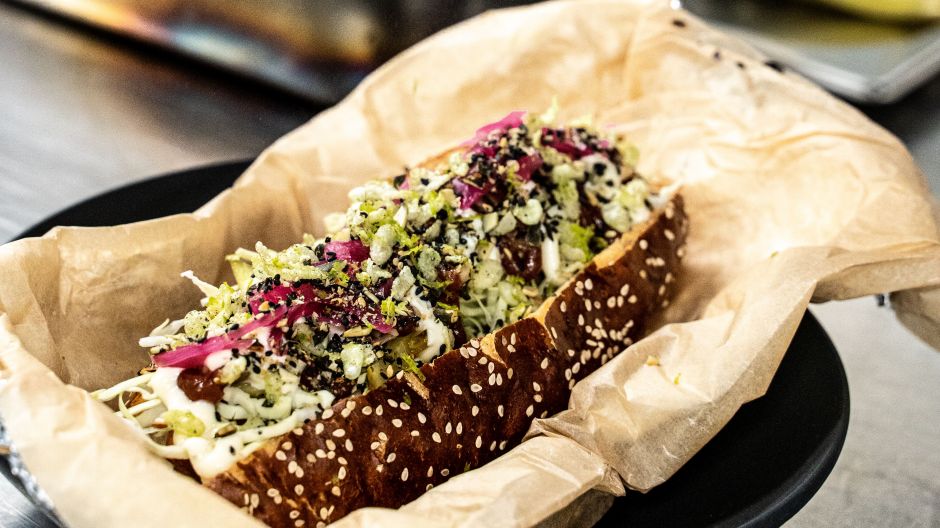 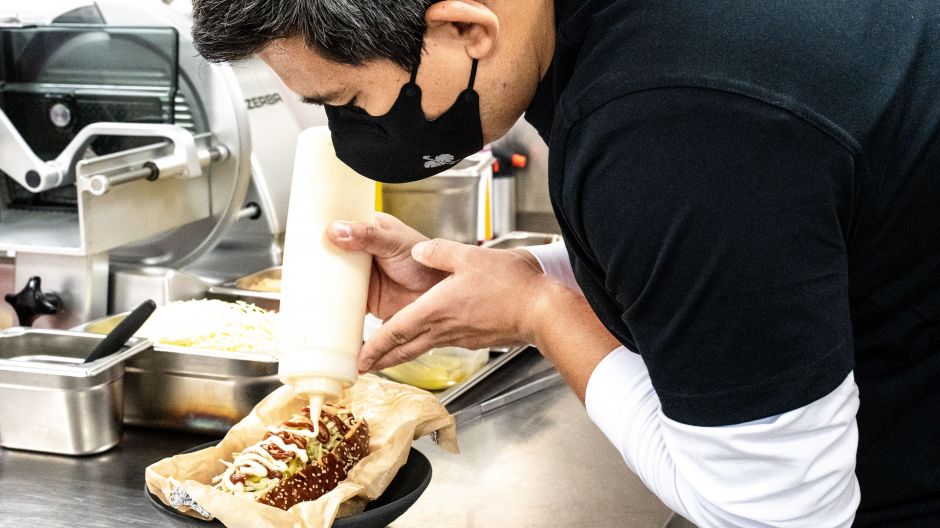 4 / 11
The chef of the year 2020 and holder of two Michelin stars brings Streetfood Signatures from the hip Tokyo district Shibuyain the e.s.BAR to the Hessian "Route 66". (Engelbert Strauss)
4 von 11
Teilen 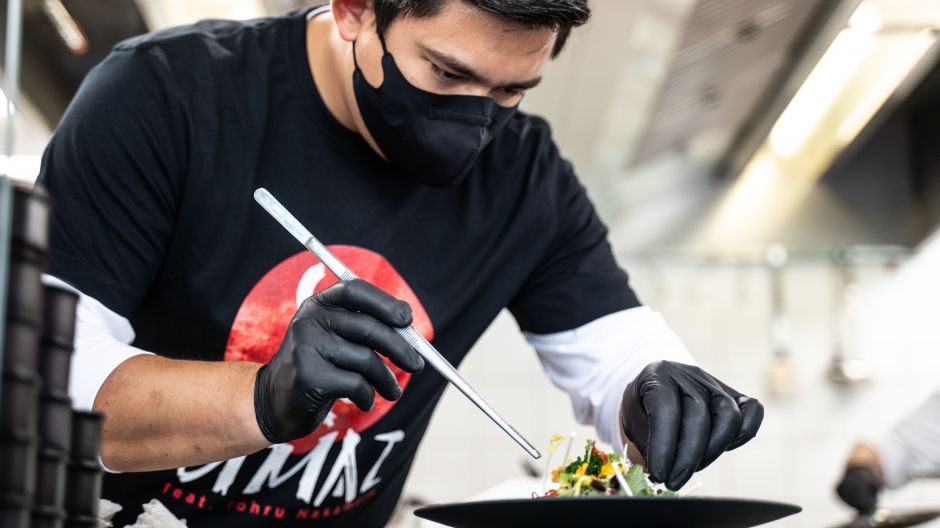 5 / 11
In 2019, the employee restaurant Cucina del Campo of the workwear specialist Engelbert Strauss was the overall winner of the Food & Health canteen test. This autumn, the company is cooperating with star chef Tohru Nakamura at their headquarters on the Hessian "Route 66" near Frankfurt am Main. He offers streetfood signatures from Tokyo's trendy Shibuya district. (Engelbert Strauss)
5 von 11
Teilen 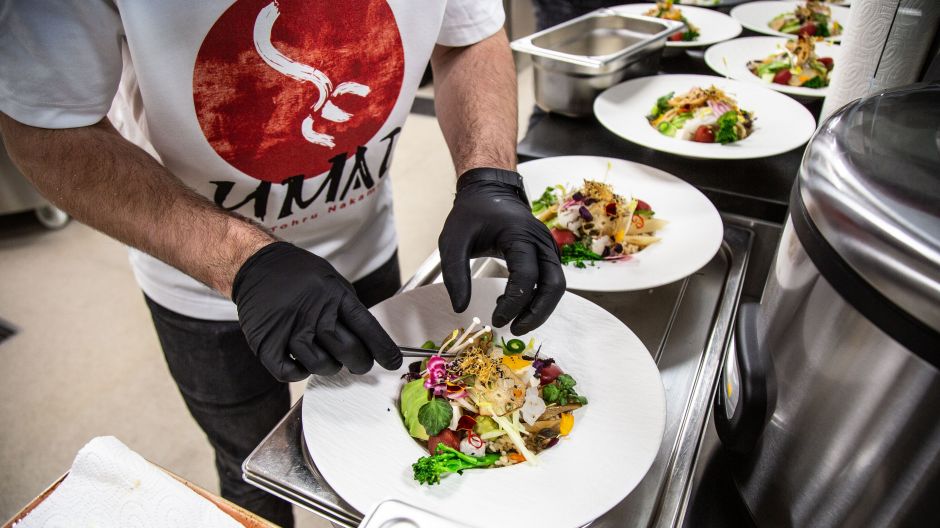 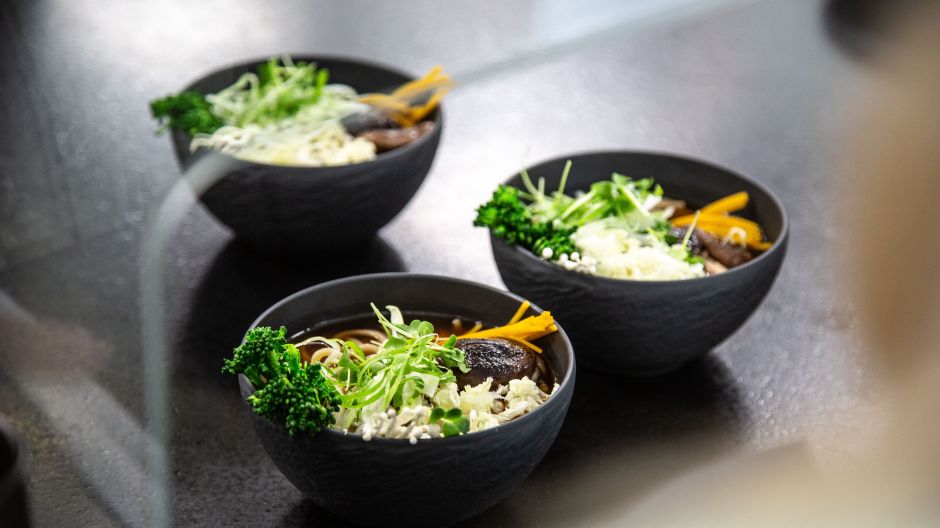 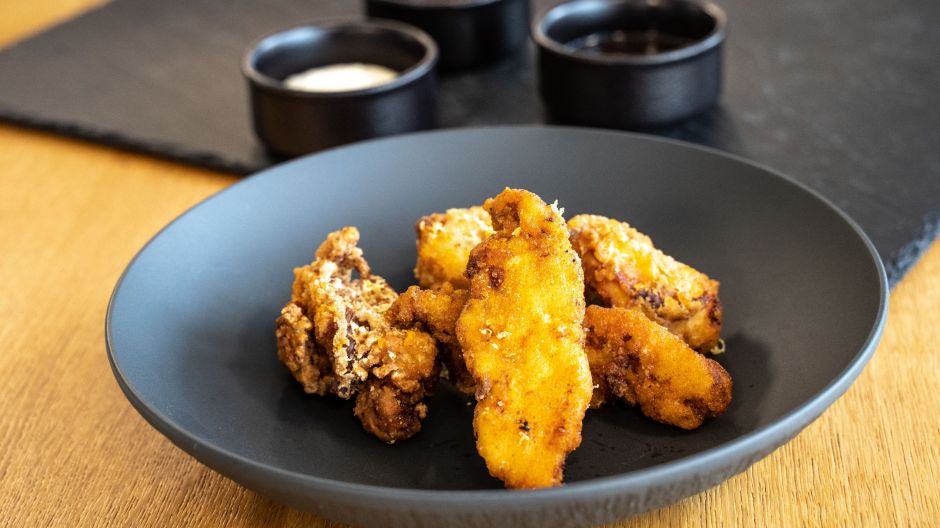 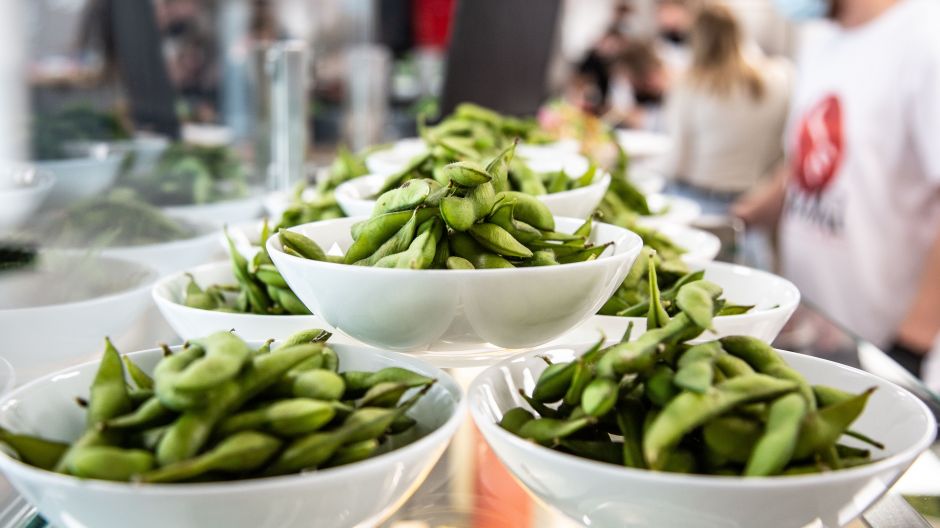 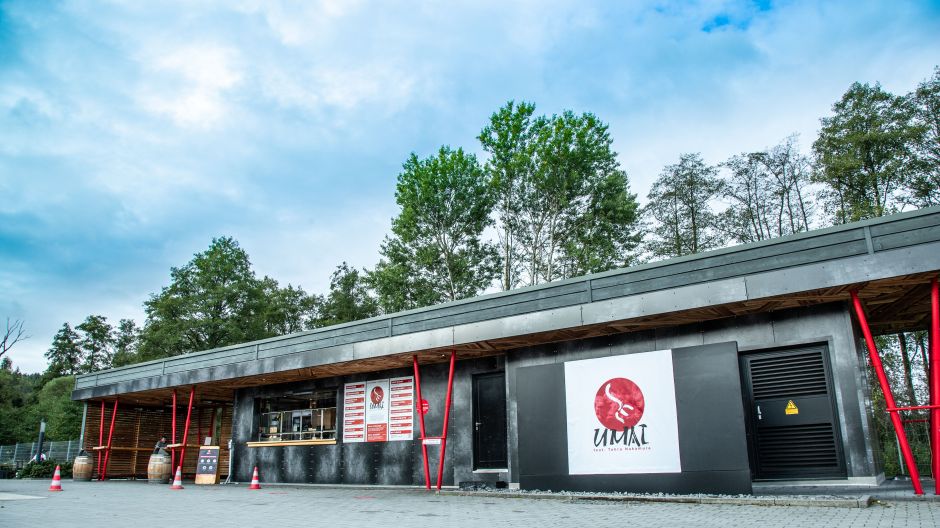 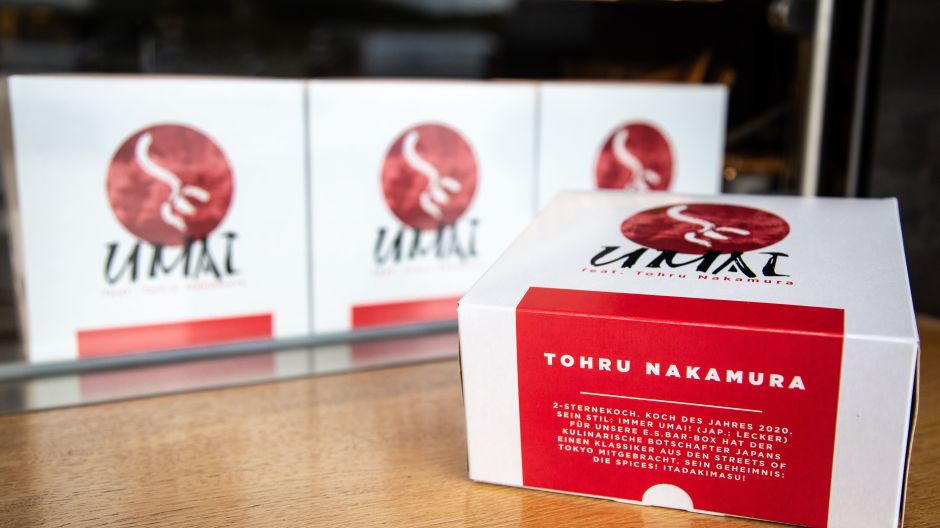 Nakamura and his team developed the dishes for Engelbert Strauss on site. He could afford time for this because, among other things, his current place of work, the Werneckhof in Munich, had to close due to the Corona crisis. Now the chef, who has been awarded two Michelin stars, is planning a gourmet pop-up in Munich - top cuisine in Corona-compliant format for six months.

In 2019 the Munich-based German-Japanese Nakamura was awarded the title of "Japanese Cuisine Goodwill Ambassador" by the Japanese Ministry of Agriculture, Forestry and Fisheries. Now the employees of Engelbert Strauss can enjoy the "Japanese Spa Cuisine" in their restaurant Cucina del Campo. The special menu includes ramen soup, Edamame Rice Bowl, Temaki sushi and Matcha ice cream.

The Engelbert Strauss employee restaurant was awarded as best canteen in Germany at the beginning of 2020. In the Food & Health canteen test it received the highest overall score in the categories responsibility, enjoyment and health. At the new CI-Factory production site near Schlüchtern, also located on the A66 motorway, another new Engelbert Strauss brand catering concept is being launched.