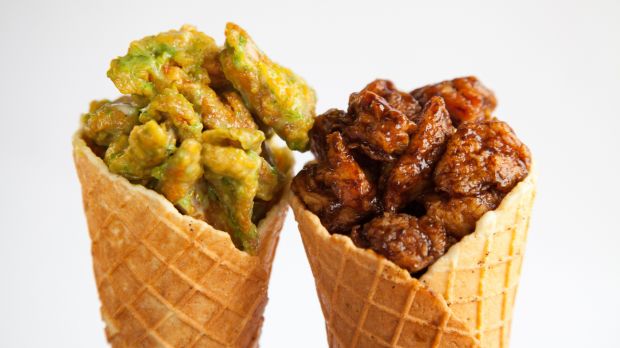 imago images / agefotostock
The chicken meat for trendy student dishes with chicken should cause less animal suffering in future, the university caterers in Aachen, Erlangen-Nuremberg and Stuttgart believe.

With Aachen, Erlangen-Nuremberg and Stuttgart, three more student unions have decided to join the European broiler chicken initiative. The Munich Student Union had already joined the animal welfare initiative at the beginning of October.

The topic of animal protection should not lose importance even in Corona times, the university caterers find in the Studentenwerk Aachen, which operates nine university canteens in Aachen and Jülich. This is why they recently joined the European Fattening Chicken Initiative. Behind this initiative are the Albert Schweitzer Foundation and 29 animal protection organisations, which have formulated minimum requirements for chicken fattening - taking into account economic conditions.

"For us as a company that cannot do without meat in its menu due to guests, it is important to give more emphasis to the topic and also to set ourselves clear goals", confirms Arnold Mattes, head of the catering department at the Studierendenwerk. By joining, the Studierendenwerk commits itself to implementing the requirements of the European Broiler Chicken Initiative for 100 percent of the chicken meat purchased for Europe by 2026 at the latest. "The Studierendenwerk Aachen publishes annual reports on the progress of the implementation and has independent controls to ensure that the standards are met", writes the Studentenwerk in its communication and will endeavour to use meat from similar offers until then, which for example fall back on the entry level of the German Animal Welfare Association.

Ralph Schmidt, Head of University Gastronomy at the Studentenwerk Erlangen-Nuremberg, comments on joining the European Fattened Chicken Initiative: "With the first purely vegan canteen in Germany, we implemented our idea of sustainable university gastronomy years ago and are constantly expanding it. We also want to further strengthen animal welfare in our animal products - implementing the requirements of the European Broiler Chicken Initiative is an important part of our long-term strategy.

The President of the Albert Schweitzer Foundation, Mahi Klosterhalfen, is pleased to now gradually welcome student unions to the initiative: "Sustainable and healthy nutrition also includes counteracting factory farming. Especially Studentenwerke, which supply many young people every day, have a model function in this respect.We have already cooperated successfully with many of them on the topics of keeping hens in cages and vegetable dishes.

With Munich, Aachen, Nuremberg-Erlangen and Stuttgart, four Studentenwerke have joined the project so far. Others are about to join. More than 370 companies worldwide have already committed themselves to higher animal welfare standards in accordance with the European Broiler Chicken Initiative. Among them are, for example, companies such as Nestlé and Unilever, top caterers such as Sodexo, manufacturers such as Rügenwalder Mühle and restaurant chains such as Ikea and Kentucky Fried Chicken.

Criteria of the European Broiler Chicken Initiative
More information can be found on the initiative's website. 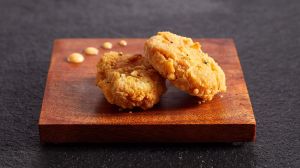