McDonald's returns to the football world 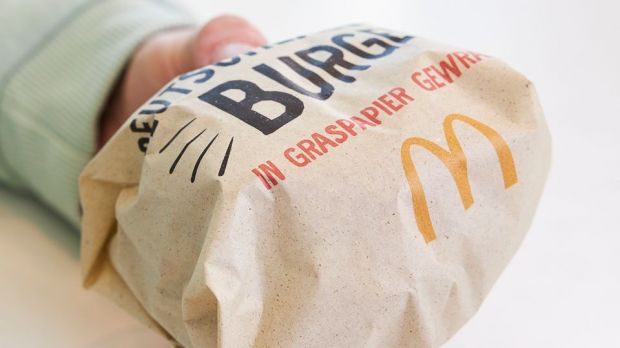 McDonald's
McDonald's is now using grass paper for its packaging.

Since the end of 2018, McDonald's is no longer one of the DFB's official advertising partners, but for the start of the European Football Championship, even the fast food giant does not want to do without the Germans' favourite theme. Not entirely coincidentally, McDonald's is therefore launching a sustainability campaign in which the turf of a football stadium plays the leading role. The "McDonald's gives grass" campaign, created by PR lead agency DDB Munich, also vividly demonstrates how integrated PR and marketing at McDonald's now work together in communicating the brand.

From the fast food giant's point of view, the European Football Championship is actually a classic promotional event and the creation of the "Deutschland-Burger" promotional product developed for it would therefore fall under the responsibility of corporate marketing. However, the first brand appearance does not take place under the claim "I love it", but within the framework of the PR campaign "Ganz bei Euch" ("totally with you"), which was launched at the turn of the year.

Even the opening action of this campaign - to make a very special Christmas possible for a Bosnian McDonald's employee - was aimed at emotionality and commitment with the brand. Users could then find the associated differentiated message about the brand's diversity on accompanying web offers. And the film for "McDonald's gives grasss" (production: Neon Groen, Munich) is initially just a touching story with the groundsman of 1. FC Nürnberg in the leading role.

Oliver Happel is first allowed to talk about his special relationship with the arena turf and then he experiences how Pfleiderer Spezialpapiere in Teisnach uses it to produce grass paper for McDonald's to wrap burgers. Both the Germany burger and the McWraps will be available wrapped in grass paper to match the European tournament.

Highlight for the European Championship

The campaign can be seen on McDonald's Germany YouTube channel and will be activated by additional content on the company's social media channels. However, the campaign is not only intended to function as a marketing highlight for the European Championship, but also to generate more awareness for the company's roadmap for less plastic and packaging waste.

By 2025, McDonald's aims to make all sales packaging 100 percent from renewable, recycled or certified materials. Holger Beeck, CEO, McDonald's Germany: "As the market leader in system gastronomy, we want to actively shape the path towards reducing plastic and packaging waste."

Those who then want to find out more about McDonald's waste reduction strategy triggered by the social media campaign surrounding the film can then do so on a specially set up microsite. Here you can read, for example, that the grass paper used by McDonald's contains a grass content of 20 percent and, when used as packaging for the Deutschlandburger, reduces the packaging material by almost 70 percent. However, it is still unclear when grass paper will become the standard in McDonald's packaging.


This text first appeared on www.horizont.net. 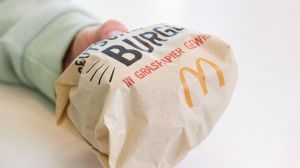