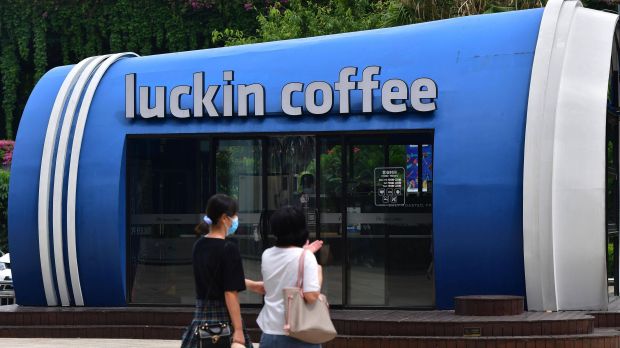 The Chinese coffee bar chain has settled with the U.S. Securities and Exchange Commission. The company, which has come under criticism for accounting fraud, will pay US$180 m.

That the U.S. Securities and Exchange Commission (SEC) was conducting investigations as a result of the fraudulent transactions committed by former officers and employees, Luckin Coffe announced on April 2, 2020. The settlement is subject to approval by the appropriate New York court.

Under the terms of the settlement, Luckin Coffee, without admitting or denying the SEC's allegations, agreed to pay a civil money penalty of $180 m to the SEC.

According to Luckin Coffee, the Securities and Exchange Commission acknowledged that the company self-reported the fraudulent transactions to SEC staff , cooperated with the SEC throughout the investigation, and promptly took significant remedial actions. These efforts included launching an internal investigation, terminating certain employees, ending relationships with third parties involved in the fraudulent conduct, restructuring the finance department, and implementing internal accounting controls.

"This settlement with the SEC reflects our cooperation and remediation efforts and allows the Company to continue to execute its business strategy," said Dr. Jinyi Guo, Chairman and Chief Executive Officer of Luckin Coffee. "The Company's Board of Directors and management are committed to a system of strong internal financial controls and adherence to compliance and corporate governance best practices."

Luckin, a coffee bar brand founded in 2017, went public last year and saw its sales soar on the back of what appeared at the time to be strong revenue growth.

Luckin has since been considered the biggest Starbucks competitor in China. The brand relied on an aggressive strategy that lured customers with an app-based purchasing model that prioritized takeaway and delivery options. By the end of 2019, the company said it had more locations in China than Starbucks. Luckin said it would continue to operate more than 4,000 locations across China.