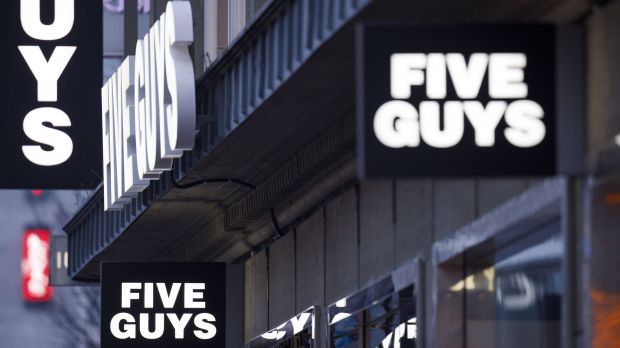 IMAGO / Future Image
Five Guys is continuously pushing ahead with its expansion in Germany.

The US burger brand Five Guys is continuing its expansion. Locations in Munich and Hamburg will soon be launched. By the end of 2021, there will be more than 30 units of the concept in Germany. In the first quarter of 2022, Five Guys' first freestander is also scheduled to begin operations.

Despite the Corona pandemic, the fast-casual concept Five Guys has so far always been able to achieve its self-imposed expansion goals in Germany. In the fourth quarter of last year, the US brand opened its 19th store in Germany, doubling its store portfolio within a year. By the end of 2021, there should now be more than 30 locations of the brand in Germany - and Five Guys Germany boss Jörg Gilcher is optimistic: "We will achieve this goal."

A location in Munich will open its doors in July - in the immediate vicinity of Marienplatz. The store will cover around 800 square meters and offer around 200 seats on four floors. 80 employees will work here. The store is scheduled to open at the beginning of July.

The brand is paying particular attention to the opening of the unit in Hamburg. Here, the concept will move into a former Maredo restaurant at the Millerntor: 640 square meters, 150 seats inside, 100 seats outside, 60 employees. The opening is scheduled for September. It is not to remain the only store of the US brand in Hamburg: "We are already in negotiations for a second location," says Jörg Gilcher. Further Five Guys units are to follow in the coming months in Wolfsburg, Cologne and Berlin, among other places.

The first freestanding store of the concept is scheduled to launch in Germany in the first quarter of 2022. At times, the brand has operated its stores mainly in city centers. During the Corona pandemic, pedestrian zones were deserted, and sales at Five Guys stores here plummeted, in some cases dramatically. "The first lockdown was very bad," Gilcher says. The introduction of, among other things, Delivery and later Click-and-Collect was able to help a little in overcoming the crisis.

"Currently, we are already at 90 percent of the pre-Corona level at some restaurants, others are still at 50 percent," reports Jörg Gilcher. In general, however, sales in the shops are currently on a steep upward trend. Only two units are still closed due to Corona regulations: a restaurant in Ulm and a restaurant at Mercedes Platz in Berlin.
Five Guys in Top100 Ranking 2020
According to foodservice's Top 100 Ranking 2020, Five Guys achieved net sales of €25.3 million in Germany with a total of 19 units (2019: €20.6 million). Five Guys started in Germany in 2017. 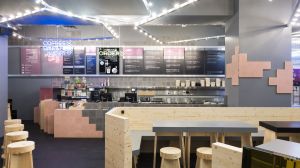