Ahaus in Münsterland - one step ahead 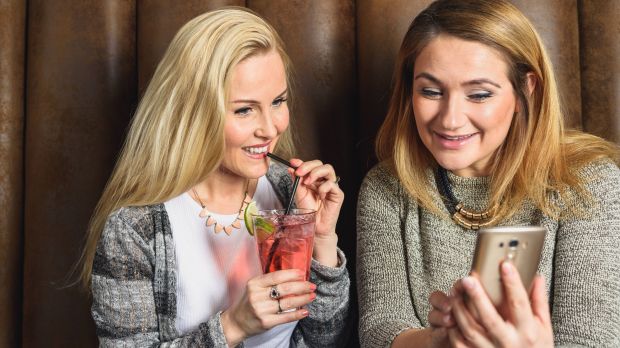 Imago Images / Cavan Images
The smartphone becomes the interface between guest and host.

While the digital transformation is gathering momentum throughout Germany, the company is already way ahead in Ahaus in Münsterland. The software company Tobit.Laboratories based there not only develops digital solutions, but also tests them under real conditions. Among other things in twelve of its own catering establishments.

This text is an excerpt. The complete article was published in the summer issue of foodservice as part of the focus on digitisation. Read now in the E-Paper (German)

"Corona is a milestone for the digitalization of the gastronomy", says Dieter van Acken, Marketing Manager at Tobit. "The digital transformation is now in full swing. The restaurateurs have recognised that guests are quite willing and able to work with digital applications - they have proven this during the Corona weeks".

In Ahaus itself, consumers and guests have already left this learning curve behind. As early as 2001, Tobit.Laboratories launched its first gastronomy project, the Sportsbar Media. Almost 20 years later, the software company has twelve of its own restaurants in Ahaus. Digitalisation has been consistently implemented at all locations: The basis of the businesses is a digital platform. It provides the gastronomes with a website, the online shop as a digital menu, a comprehensive payment solution, a reservation tool, a ticket and voucher system and much more.

Cash, and thus the need for a cash register system, is also a thing of the past in the twelve catering facilities operated by Tobit.Laboratories. The payment options are Apple pay, Google pay, Paypal, credit cards (Mastercard, Visa, Amex) and own vouchers from the chayns platform.

The mobile phone as interface

The mobile phone takes the role of the crucial interface between guest and host. A QR code is scanned on the table by smartphone, the menu is called up, ordered via the online shop and paid for directly. Sorting by category ensures a clear presentation on the small screens. Special requests can also be taken into account thanks to the comment field and checkboxes.

According to Engels, using the smartphone makes many things easier - for both sides. The service spares itself the trouble of taking orders and reordering, does not have to go to the checkout, get change or bring the receipt. The system handles everything automatically and also writes all receipts. There is no need to keep change and the revenues do not end up in the safe or in the bank in the early morning, but are directly assigned to the bank account.

Digitization requires a third less personnel than conventional companies, estimates Maria Engels. Further resources are saved by the elimination of costs for cash handling. Moreover, the loss of money through theft or incorrect billing is ruled out.

"Without digital help, the catering trade will hardly be able to survive," Dieter van Acken is convinced. "It is already worthwhile to make individual processes more digital and therefore more efficient. Van Acken does not deny that there may be teething troubles."Of course there are also hurdles for digital services - but people are prepared to overcome them if they see added value in them.