For the 80th birthday of Eugen Block 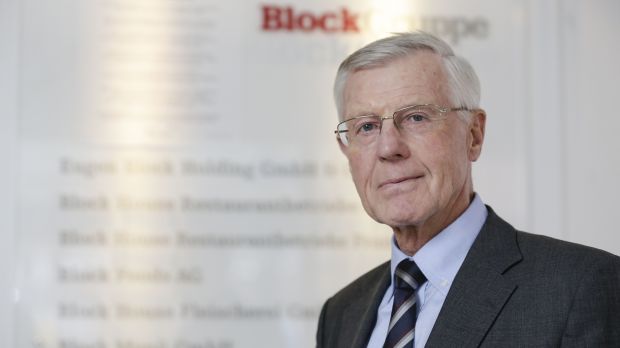 Upright gait, tall, clear as ice: That's the way he's always been known. On 13 September, the founder of the Block dynasty has celebrated his 80th birthday. What an event, what a life achievement!


In the current pandemic crisis, the grand seigneur of German system gastronomy has spoken out in anger. Objection to the conditions imposed by the authorities, announcement of legal action. Significant! Eugen Block has never lacked storm resistance, he does not like to be joked with.

A stubborn man - that's what he calls himself. Stubborn, if not obstinate. But what inevitably belongs to the basic traits of a pioneering entrepreneur: it is no coincidence that Eugen Block has made history in the German professional gastronomy. We remember: in 1968, the son of an restaurateur's family in Oldenburg, then 28 years young, opened his first steakhouse in Hamburg's Dorotheenstraße after a stay in the USA, the starting point of a phenomenal success story.

Hospitality empire with around 2,600 employees

Today, Block Holding, managed for many years by CEO Stephan von Bülow, comprises a complex, verticalised and cleverly diversified hospitality empire with around 2,600 employees. 42 Block House restaurants throughout Germany (plus 11 in other European countries). With average system sales that are unparalleled in the industry. The next opening - in Bielefeld - is scheduled for the end of October. The Grand Elysée Hotel in Hamburg, launched in 1986: a lifelong dream of the founder, the largest five-star private hotel in Germany. Then: Jim Block, Block Bräu, a few solitaires as well. But the smartest move: central butchery and menu production. Once established for the purpose of quality assurance in their own operations, they have long since started supplying third parties on a large scale, including food retailers. In 2019, the group as a whole generated a substantial 410 million Euros in revenues, with the Gastro-Part contributing 177 million Euros. Block stands for one of the largest owner-managed hospitality companies in the country and - in terms of standardisation - one of the most profitable.

Eugen Block does not contest that his rather conservative expansion and innovation strategy (exception: a failed, expensively paid excursion into aviation, for which he took responsibility) was sometimes criticised. The thoroughly Hanseatic entrepreneur understood the sensitivities of his target group better than many who thought they knew better. Solidity, reliability: another maxim, epitome of the Block brand.

Like all great founder figures, Eugen Block is sometimes uncomfortable. Meticulous, a self-confessed perfectionist, a master of self-discipline and Christian ethos. As a devout Catholic, he has all his new restaurants blessed by a priest. Trust in God as a source of strength - to whom is that still given today? 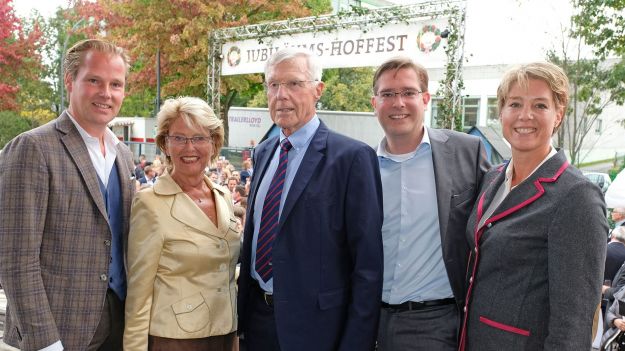 Andreas Laible
Eugen and Christa Block with their three children Dirk, Philipp and Christina, today co-partners and on board the supervisory board.

He has always demanded a lot, especially from himself. Diligence is one of the virtues that are sacred to him, a yardstick that he also applies to his employees, whether managers or dishwashers. An ingenious visionary, a strict patriarch, a caring father figure at the same time: repeated awards from the Group as a top employer speak for themselves. In the meantime, Eugen Block keeps a low profile within the company and has renounced all official mandates.

His declared wish, addressed to his grandchildren: "Please do not sell the company. He will certainly not let up in the future ... hats off to a tireless big player in this industry! 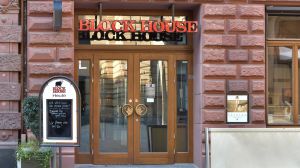