Bars and restaurants must close again 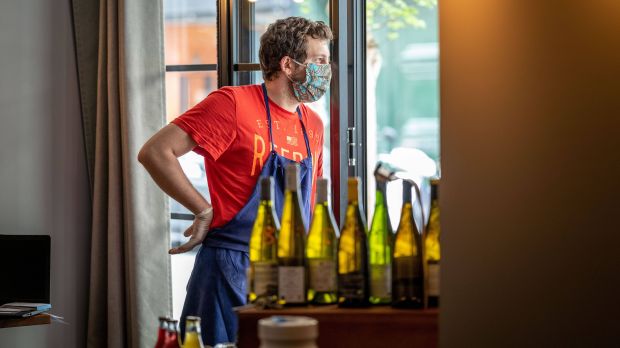 Imago Images/ Hans Lucas
French restaurateurs in Marseille will have to close their restaurants again from Saturday for the next two weeks due to rising corona numbers.

Due to a sharp rise in infection rates, numerous catering establishments in parts of France will have to close from Saturday onwards. For Marseille and Guadeloupe the "maximum alert level" has been declared.

Most recently, France recorded an increase of more than 13,000 new corona infections within 24 hours. This prompts the government to consider a regional shutdown again. As infections are on the rise, especially in Marseille and Guadeloupe, restaurants and bars will be completely closed from Saturday onwards. According to Health Minister Olivier Véran, these closures should not last longer than two weeks. Cultural institutions such as museums, theatres or cinemas are not affected by the closures for the time being. "We have no choice but to put the areas in question under health emergency", the minister said.

France has also tightened its corona measures for other regions. For example, in areas considered to be aggravated alert zones, groups of more than ten people are not allowed to meet for the time being. There is also a closing hour: restaurants and bars must close after 10 pm. The cities affected include Paris, Bordeaux, Lyon and Nice.