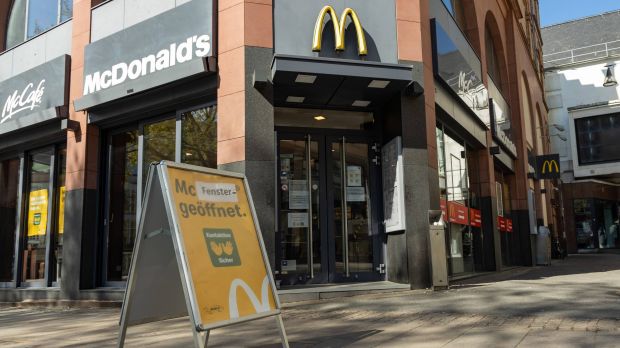 Imago Images / Jörg Halisch
Quickservice is also getting through the crisis better thanks to take-away offers.

A good 30 percent less in terms of expenditure and visitors. This is the balance for the first half of the 2020 out-of-home market in Germany compared to the previous year. But not all segments are affected to the same extent.

This text is an excerpt. You can read the whole analysis in the summer issue of foodservice Germany.

The year had begun promisingly. "Even in January and February, the catering industry in Germany was still able to grow," explains Jochen Pinsker, Senior Vice President of npdgroup Germany. According to the Crest consumer panel (Consumer Reports on Eating Share Trends), visitor numbers in February were up 1.8 per cent on 2019, while sales actually rose by 4.3 per cent. 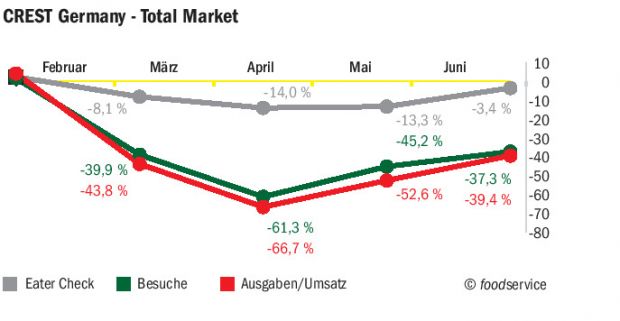 But then came the crisis, initially with restrictions on opening hours from mid-March and finally the nationwide closure of restaurants from 22 March. And even after the gradual reopening in May, the market is only slowly recovering. In June, both sales and visitor numbers were around 60 percent of the level of June 2019. The first half of the gastronomy year 2020 in absolute figures: 4.2 billion visitors, 26.5 billion euros in sales.

Overall, there is a dichotomy: quick service and the rest - consisting of full service/hotels, workplace/education and leisure/entertainment. "Over the entire first half of the year, quickservice and retail/gastro hybrids are around 80 percent of the previous year's level," says Pinsker. "All other segments are around 60 percent."

In April of this year, the number of visits and spending in the quickservice segment was a good 40 percent lower than in April 2019, while spending in all other segments was a good 80 percent lower. It was not until June that a relative improvement was seen in full-service offerings and in leisure gastronomy. "The curves are clearly pointing upwards", explains Jochen Pinsker and adds: "We observe that guests feel good when a location offers outdoor gastronomy".

The uneven distribution also explains a special feature of the figures: the decline in the Eater Check (average ticket). "The discrepancy is mainly due to the shift from full service to quick service in the period, and thus to lower average receipts," explains Pinsker. That's why the overall figures are deceptive. If you look at the segments in isolation, you can even see an increase in the eater check.
About CREST and the npdgroup
For the consumer panel Crest, the market researchers of the npdgroup interview 800 panel members every day about their consumption the day before. The results of the sample are extrapolated to the German population on a monthly basis. Crest reports all consumption records of ready-to-eat and prepared food and beverages for immediate consumption.