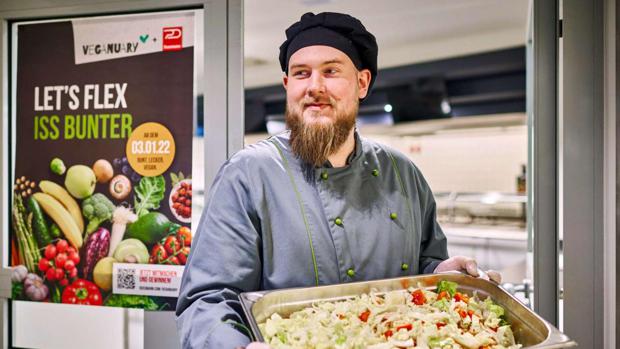 The global vegan food campaign Veganuary has over 2 million participants since its launch in 2014. Eight market leaders and major food service companies in Germany, Austria and Switzerland are pushing the impact this year with their vegan creations at hundreds of locations.

Participating catering companies include Eurest, Aramark as well as Klüh, ZfV-Unternehmungen and Dussmann Service. They are expanding their range to include purely plant-based dishes and recipes for the vegan campaign month. In hundreds of company restaurants and canteens, thousands of employees will have the opportunity to eat a purely plant-based diet during this vegan month. 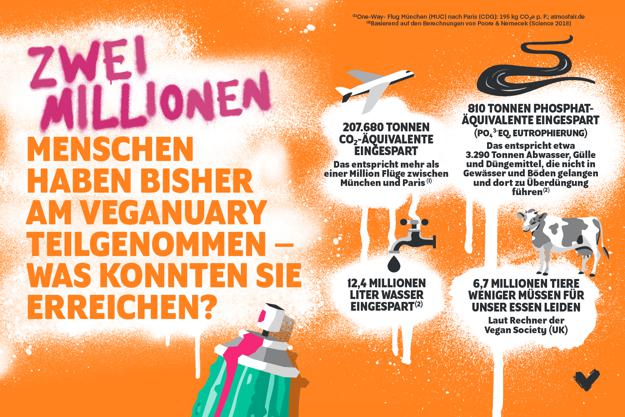 Veganuary
Currently, the Veganuary campaign motivates people worldwide to try a vegan diet in January. Since the campaign began in 2014 in the United Kingdom, more than two million people have already officially signed up for Veganuary.

The average working life in Germany is around 39 years, around 42 years in Switzerland, and a good 37 years in Austria - a period that intensively shapes people's diets. According to studies, for example, around 10 percent of Germans go to the canteen or company restaurant several times a week (Statista). In this context, the trend to eat healthy and sustainably and to prefer purely plant-based options is clearly intensifying. However, according to a survey of Veganuary participants, 15 percent have so far found it challenging to eat out vegan. The vegan expanded offerings of major food service players are countering this with some creative options.

Eurest offers at least one dish from its vegan repertoire five days a week in more than 40 percent of its catered establishments. "With Powered by Plants, we have created a contemporary and diverse menu line that invites our guests to try and enjoy something new. I am pleased that we are showing our guests how diverse and culinary valuable plant-based cuisine is," says Mareike Uhde, Marketing Manager at Eurest. 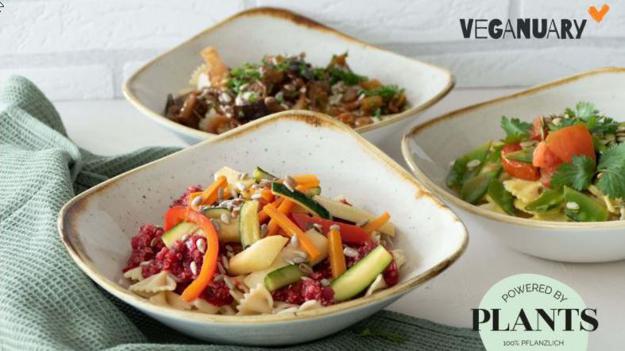 Eurest
Eurest has expanded its Powered by Plants vegan menu line for the Veganuary.
Aramark is participating in over 300 company restaurants with a selection of 20 additional vegan dishes. "Aramark is participating in Veganuary nationwide. We are pleased to be part of this international campaign," says Arnd Rune Thomas, managing director of operations at Aramark. The vegan recipes in the "V like" food program were enjoying increasing demand. "It's good for the climate and for wellbeing. " 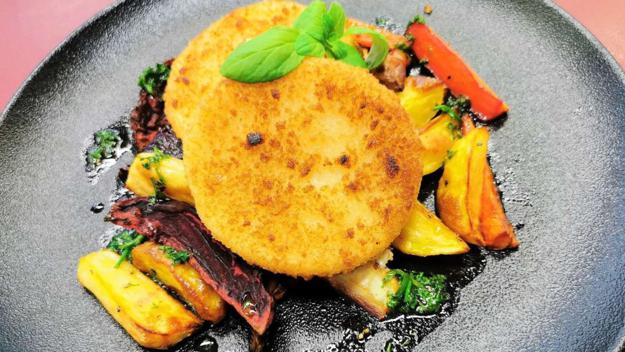 Aramark
A vegan Backtaler is part of the expanded vegan repertoire at Aramark.
Dussmann is coming up with eight new vegan dishes in around 60 establishments. These include classics such as currywurst as well as Asian and Indian dishes. There are numerous veganuary promotions on the Dussmann catering portal, including a competition in cooperation with the vegan online cooking school Vegan Masterclass and its founder Sebastian Copien. 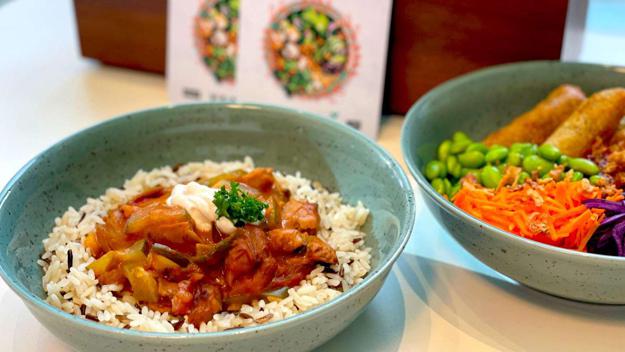 SV Group
Plantbased Stroganoff is among SV Group's vegan dishes in January 2022.
The SV Group is offering more than 50 new dishes developed especially for the Veganuary in around 500 establishments in the DACH region. Every day, whenever possible, all guests have at least one purely plant-based dish to choose from. On January 18, SV Switzerland will also host the first national vegan schnitzel day. Pre-ordered for this: 2.5 tons of vegan schnitzel. Why SV Group is participating in Veganuary: "We serve over 20 million meals a year. That obliges us to use this great leverage for healthy and climate-friendly nutrition," says Yvonne Wicki, Head of Business Unit Community Catering at SV Group. "But what's most important to me is that our food tastes good and that we offer a diverse selection." The vegan offering is constantly being expanded, she adds, in order to inspire diners to adopt an environmentally friendly diet. 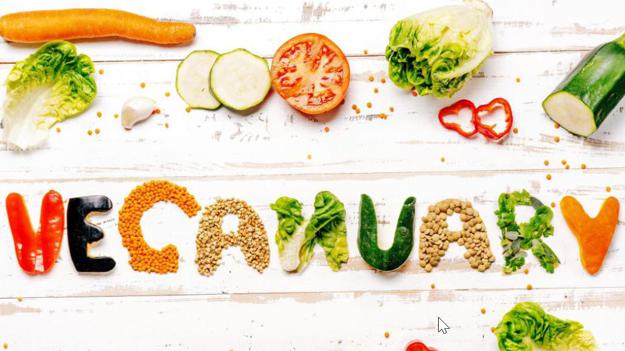 Klüh Catering Blog
Plantbased pioneer in patient care Klüh is participating with seven action dishes.
For its own 30th birthday, Klüh-Catering is joining the Veganuary for the first time, with seven promotional dishes and other new dishes featuring Planted V products. They receive a firm place in the Klüh menu after the action month. In January alone, around 16,500 promotional meals are planned across Germany.

Kruschina is offering more than 20 new purely plant-based dishes in twelve company restaurants. There are also plant-based sandwiches such as Humus-Herkules and Stick-V-Schnitzel-Seb for snacks. Daniel Hayna, head of merchandise management at Kruschina Betriebsverpflegungen, reports on his experiences: "I've been doing this for a year now. The changeover was very intense! My world has collapsed! To be precise, that of the limited, classically trained cook. What has grown is a new, open and versatile pleasure seeker. I've learned so much and I'm still amazed at how easy and good it is."

Supplier Unilever Food Solutions is highlighting new and established plant-based products as part of Veganuary. During the promotion month and beyond, products and recipes encourage more plant-based dishes in the out-of-home market.

Transgourmet is offering 18 new recipes within its plant-based portfolio for Veganuary, while also assisting with table guest communications. Says Arsalan Ghadiri Pour, head of private label marketing, "With Transgourmet Plant-based, we want to be there for our clientele when they need support on plant-based cuisine and concepts." In addition to products, this includes consulting, seminars and table-service communication packages. "Together with Hilcona Foodservice, we see the Veganuary as a great idea and joint action to show that plant-based nutrition can indeed be diverse, colorful and very tasty."

Under the Servisa Veggie range, the original brand of the Service-Bund unites all vegetarian and vegan products and thus offers a tailored and contemporary fresh and frozen range for customers. For example, restaurateurs could choose from a variety of burger patties with pea protein as the base or seasoned salad toppings in flavors such as chicken, gyros or BBQ style. For buffets in hotels or at conferences, the range includes vegan mini sausages or meatballs. Cafeterias or canteens can choose from vegan vegetable meatballs, bratwursts, cevapcici or vegetarian casseroles.