New concept at the Globus rooftop restaurant in Bern

by Jutta Pfannschmidt-Wahl
Wednesday, 26. May 2021 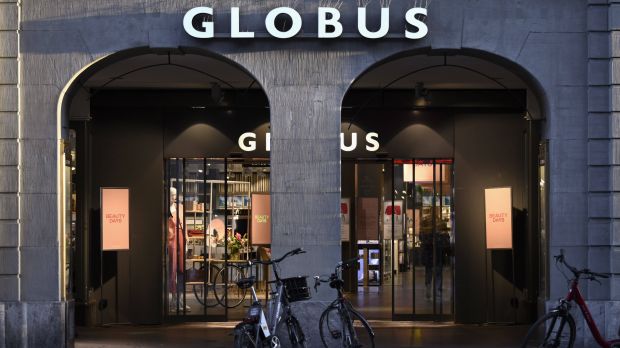 Imago / Pius Koller
The rooftop restaurant of the Globus department store in Bern will be tempting customers from September with a fresh, fast-modern cuisine and regional ingredients.

From September 2021, the rooftop restaurant in the Bern store of the Swiss department store chain Globus will present itself with a new concept: healthy and at the same time fast, trendy and with regionally sourced ingredients.

The people responsible for the realignment are the star chef Markus Arnold, Steinhalle Bern, as consultant for the project and the Bernese restaurateur Tom Weingart, who is to take over the management. The young team was awarded the contract for its foodservice concept of healthy, fast and trendy cuisine with regional ingredients and will occupy the "Rooftop Garden" in the Globus department store in Bern from September this year.

In terms of repositioning, this is another step that the new owners of the trading company are initiating: An important part of this repositioning is the outsourcing of the foodservice areas to local partners who convince with creative and modern concepts. "Globus is strengthening its business with partners in the gastronomy and restaurant business," is how the Swiss department store chain had officially commented on the planned outsourcing of its foodservice business in March 2021. The F&B units in the Globus department stores are to be managed by third-party partner operations in the future. Excluded are the concepts in the Delicatessa gourmet department and isolated bar modules, Globus said in response to a FOOD SERVICE request.

"We are very pleased that the team around Markus Arnold and Tom Weingart will be welcoming guests to the Rooftop Garden in our department store in Bern from September onwards - their culinary skills and service qualities will certainly be a real asset," said Franziska Gaemperle, Globus press officer.

Fast, fine and modern - in a nutshell, this is how the new concept for the Rooftop Garden Restaurant at Globus in Berne is to be designed. The offer will be geared to the needs of the guests and to the times of day: whether for a family get together, or a meeting with friends or business partners.

Foodservice Ranking: Top Switzerland 2019
In last year's foodservice ranking of the top 32 gastronomy companies in Switzerland 2019 Globus Handelsgastronomie ranked 25th overall and fifth among the big five retail gastronomers with 52 million Swiss francs in gastro sales (net), 51 units and 140 employees (editors' estimates).
In the ranking, the Corona effects for 2020 were also queried and it became clear that, in addition to traffic gastronomy, the trade gastronomy segment in particular was strongly affected by the crisis.

Tom Weingart is a well-known figure in Bern's restaurant scene. The passionate restaurateur has already made a name for himself as the creative head and founder of various restaurants and pop-up projects. Now, he's looking forward to pampering guests "on what is probably Bern's most beautiful roof terrace" from September onwards.

Lucerne native and Michelin-starred chef Markus Arnold is acting in what for him is a new role at the Rooftop Garden, bringing his experience to the table. "I support with ideas, guide the kitchen team and assist them with know-how." With awards from the Guide Michelin and Gault Millau, he has been chef at Bern's Steinhalle for four years, where his concept of healthy lunch cuisine and fine dining in the evening proves every day that star cuisine, fun and a relaxed atmosphere do not have to be a contradiction.
About Globus

In February 2020, the traditional Swiss department store chain Globus was sold by the then Globus owner Migros. A joint venture of Signa and Central Group, owners of the luxury department store group with department stores such as KaDeWe, Rinascente and Illum, acquired the magazines to Globus AG and eight associated properties from the Migros-Genossenschafts-Bund. Since then, the company has been working on a new positioning: A strategic focus on the luxury and premium department store business is to be implemented, in addition, the realignment of the gastronomy now also follows.
In July 2020, the sale of 31 specialty stores was also signed. As of February 1, 2021, the former management trio Thomas Herbert, Silvia Bayard and Fredy Bayard took over all former Schild and Men's Globus stores as well as all Navyboot stores of the Globus Group.
To lead Globus into a successful future, the owners will invest 300 million Swiss francs in the department stores and the Globus brand over the next few years, they say.
Globus generates annual sales of more than 700 million Swiss francsin Switzerland with 10 department stores and the online channel.