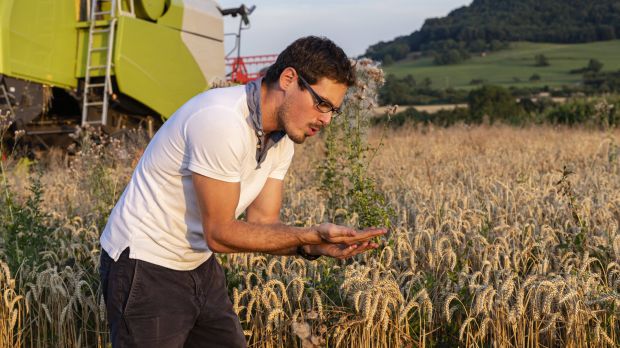 To support farmers on their way to a sustainable agricultural economy, the Greentable association is launching the Zero Foodprint (ZFP) project. 1 percent of every restaurant bill is to benefit farmers who transform climate-problematic farmland into climate-friendly one via the ZFP soil fund.

With the global initiative started in the USA in 2015, the Greentable association also wants to make the gastronomy in this country a climate pioneer. Guests, hosts as well as committed farmers could thus make a joint contribution to climate protection. These five restaurants are now starting the pilot phase:

The Zero Foodprint team around initiator Matthias Tritsch from Greentable is testing the processes and marketing materials in the pilot establishments until the end of August and is collecting feedback from guests on the initiative via an online survey. The donations from the pilot phase will support the expansion of mobile regenerative chicken farming at "Gut Haidehof" near Hamburg.

In the pilot businesses, the CO2 footprint is also calculated in order to draw conclusions about the greenhouse gas emissions generated in the catering industry. "With Zero Foodprint, everyone makes a contribution to healthy soils, good food and a better climate. And it's very simple," says Matthias Tritsch.

Berlin Food Week for the climate

The official start of the initiative is the Berlin Food Week from 20 to 26 September 2021. Under the motto: "A culinary climate campaign", restaurants from all over Germany will participate in the "City Menu" and donate 1 percent of their sales from the "City Menu" to domestic climate protection measures in agriculture. Restaurants can still register to take part in the city menu until 15 August.

"The way we currently produce, process and consume food is one of the main causes of global warming," states the association, which aims to turn a problem into a solution. Because "regenerative" agriculture not only makes soils more resistant and more productive. It also stores a massive amount of carbon - one of the most effective measures for climate protection. "With Zero Foodprint, everyone contributes to healthy soils, good food and a better climate. And it's very simple," Matthias Tritsch motivates people to participate in the project.

About Greentable
Greentable e.V. is, according to its own information, the leading initiative for sustainability in the gastronomy in German-speaking countries. The network, in which restaurants, cafés, hotels, canteens and the like join forces with producers, suppliers and guests, offers a broad platform for information and exchange. Greentable was founded in 2015 with the idea of creating more awareness for the topic of sustainability in the gastronomy and to promote the appreciation of food, regional and seasonal cuisine, climate protection and social commitment. Greentable supports its members in the development and external presentation of their sustainable profile and has received several awards from the German Sustainability Council.
About Zero Foodprint (ZFP)
The global initiative works with the hospitality and food industries to combat climate change through healthy soils and better food. By donating 1 percent of the bill, diners and their guests can make the switch to sustainable agriculture. Because humus build-up is a very effective measure for long-term carbon storage in soils, every restaurant makes a valuable contribution to climate protection. In German-speaking countries, Greentable e.V. implements the initiative founded in 2015 by Karen Leibowitz and Anthony Myint in the USA, which was also launched in Denmark and Hong Kong in 2021. 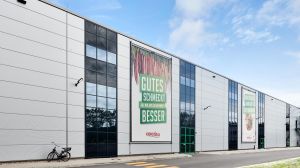