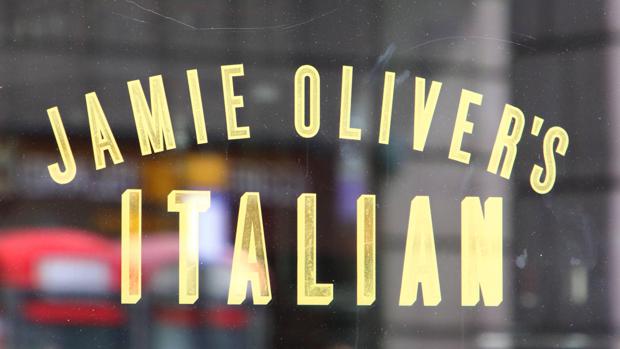 Imago / Zuma Wire
The insolvency of the British Jamie Oliver gastronomy chain is to be settled by the insolvency administrator by May. 19 municipalities will be left with debts amounting to millions.

The insolvency of Jamie Oliver's British restaurants in 2019 leaves enormous mountains of debt, especially to unsecured creditors such as 19 British local authorities. But Jamie's gastro chain also owes the British treasury large sums in VAT. In total, creditors are short £6.86 million, according to insolvency practitioner KPMG during the current liquidation phase.

2019 celebrity chef Jamie Oliver's UK restaurants were forced to file for bankruptcy: The 23 UK locations of the Jamie's Italian concept, the London restaurants Fifteen and Barbecoa, and Jamie's Diner at Gatwick Airport were affected, and thus more than 1,000 jobs. The management consultancy KPMG has since acted as insolvency administrator. Not affected are the 25 franchisee-run Jamie's Italians outside the UK and the Fifteen branch in Cornwall.

More than 80 million pounds in debt

Jamie Oliver's restaurant chain is said to have currently accumulated total debts of more than 80 million British pounds, the majority of which was owed to banks and Jamie Oliver's holding company, according to KPMG, reports UK business magazine Business Matters. However, at least 1.5 million British pounds of the debt owed to the holding company, which is majority owned by the celebrity chef, will be repaid as it is classified as a secured creditor.

19 British municipalities are the losers

However, the situation is worse for 19 UK local authorities, which are considered unsecured creditors and will lose 90 percent of the money owed by Jamie Oliver's restaurants if KPMG now finally winds up the insolvency - KPMG says the administration process should be completed by May. Jamie Oliver declined to comment, according to reports. In absolute terms, local authorities alone stand to lose more than £1.3 million as a result of the end of Jamie's British gastronomic empire, which at its best included 42 units. This is according to documents published by insolvency administrator KPMG, reported The Times. That's because when Jamie's restaurant chain went bankrupt in 2019, it owed local authorities 1.44 million British pounds in unpaid business taxes and duties. On top of that, the restaurant company owes the Inland Revenue £1.25 million in unpaid VAT.

Tens of thousands of pounds of this money is owed by Jamie Oliver's chain to some of the poorest counties in the country, it says. KPMG's latest progress report on the liquidation estimates that a maximum of £600,000 is likely to be recovered from the company to pay out to unsecured creditors, such as councils and small businesses.

In total, Jamie's Gastro chain owes these creditors £6.86 million. The KPMG documents also show that several well-known brands, including the Hilton Hotel at Tower Bridge, are creditors likely to have to pay the loss out of their own pockets. All creditors are expected to be informed soon exactly how much they will get back.

About Jamie Oliver
Jamie Oliver was discovered by a television crew in 1997 and became most famous for his television show "The Naked Chef."
2019 bankruptcy was filed for the 23 Jamie's Italian restaurants in the U.K., as well as the London restaurants Fifteen and Barbecoa, and Jamie's Diner at Gatwick Airport. Also in 2019, SSP Grouppurchasedthe remaining three Jamie Oliver restaurants in the UK. Jamie Oliver's Diner, Jamie's Italian and Jamie's Coffee Lounge at Gatwick Airport and their 250 employees are now part of the transport caterer's portfolio.
In addition to his now insolvent restaurant business, Jamie Oliver is successful with various media companies. The 46-year-old Oliver is said to have a fortune of more than 200 million British pounds, reports Business Matters, while his holding company, which runs his publishing business, reported a profit of nearly 7 million pounds last year. 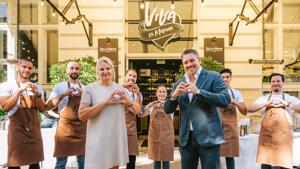