Ten food start-ups with a mission 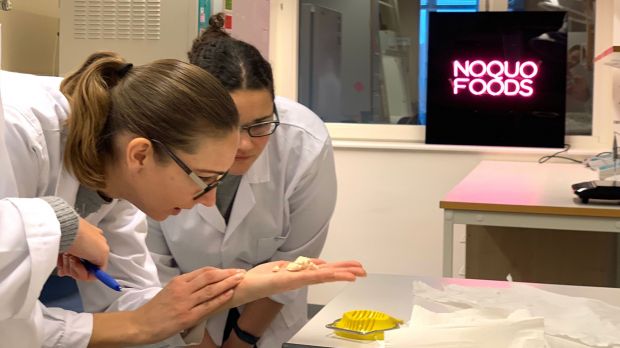 Noquo Foods
The mission of the Swedish start-up Noquo Foods: "To reinvent and reinvent food that we love so that it is good for us and at the same time fits within our planetary boundaries and ethical compass. The current focus is on cheese.

The earth's population is growing, the climate is changing and water resources are becoming scarcer. Sustainable growth is therefore high on the agenda of food start-ups around the world. The editorial staff of the Lebensmittelzeitung (dfv Mediagroup) has put together ten exciting newcomers. We present the start-ups and their product innovations in three parts. Two farmers and a cheese dairy of modern times will kick off the event. Part I.

Growing Underground operates underground from London, in tunnels that served as bomb shelters during the Second World War. It's a technology company that runs an underground herb farm. The environment is pesticide-free and the plants under the hydroponic system use 70 percent less water. The green plants are independent of weather conditions and seasonal changes. Growing Underground thus reduces the need to import, provides fast routes to the retailer and effectively uses vacant land.

The company operates exclusively in the UK and works closely with the University of Cambridge. The products are distributed by M&S, Waitrose, Whole Foods, Ocado and others.

London's first underground farm was founded in 2015 by Richard Ballard and Steven Dring with the assistance of Chef Michel Roux Jr. The start-up was so well received by the public that a large part of the financing of almost one million GBP was provided by crowdfunding. In early 2020, the company launched a new series of fundraising activities, raising GBP 15 million.

Bowery Farming is a technological agricultural company specialising in indoor farming. The company grows vegetables from seeds - under meticulously controlled, laboratory-like conditions. The seedlings grow hydroponically under LED lights that are tuned to imitate the sun. The advantage: Bowery Farming is independent of the weather and can produce under the same conditions virtually all year round. The plant's robot conveyor belts run with purified water, which is then recycled and reused by the system. This minimises waste. The start-up uses 90 percent less water than traditional farmers.

The company's products are available in selected locations of Whole Foods and similar supermarkets in the New York City metropolitan area. They are also on the menus of two restaurants. Expansion is proceeding rapidly, with further cities in the USA being targeted.

Bowery Farming was founded in New Jersey in 2016 by CEO Irving Fain. In less than two years, the startup managed to raise USD 90 million - under the leadership of Google Ventures. In 2018, the output was tripled and the start-up secured another USD 20 million. Bowery now operates three farms and has raised more than USD 172.5 million from leading investors.

Noquo Foods specializes in the production of vegan cheese. While other producers usually use coconut oil and vegetable starch or nuts for this purpose, Noquo takes a different approach. The start-up makes its cheese from pulses that are formed into a "stable matrix". This not only makes it easier to cut the cheese, but also melts it, explains founder Sorosh Tavakoli. The product tastes like real cheese and also has more protein than some other vegan varieties.

Noquo Foods has not yet launched a product on the market, despite a considerable fundraising effort, but has only developed prototypes. A large part of the capital raised goes into research. The first new development should be ready for the market by the end of the year.

Noquo was founded in 2019 by the nutritional researcher Anja Leissner and the entrepreneur Sorosh Tavakoli in Stockholm. In January this year, the company announced that it had received a total of 3.25 million euros from investors such as the VC firms Astanor Ventures, Northzone, Inventure, Purple Orange Ventures and Creandum.

Rethinking Food
What the next generation of food will look like is the topic of a Digital Conference of the dfv Conference Group at the end of September. Product innovations, food start-ups, alternative protein sources and personalised nutrition are among the topics. You can find more information here 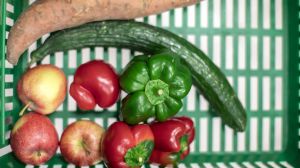