"We need to be more unique" 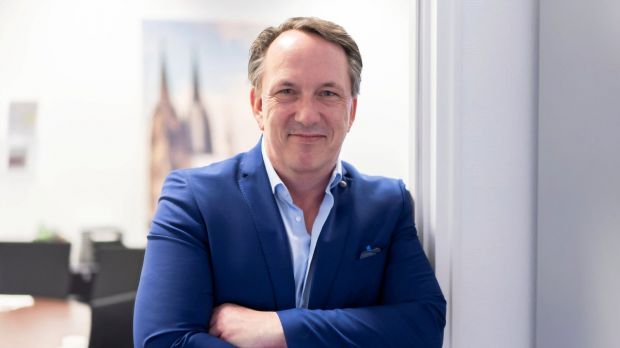 Kai-Uwe Knoth
Nils Potthast took over the responsibility for the gastronomy in the largest self-managed business in Germany from Martin F. Cordes.

Nils Potthast is the new head of catering at Volkswagen. As such, he is responsible for all activities at VW's six domestic locations. He explains in an interview what his roadmap for the next few years looks like.

You are regarded as an absolute professional and an excellent catering expert. What did you do before Volkswagen?
Nils Potthast: I completed my cooking career in renowned houses at home and abroad and later earned two stars as an independent restaurateur at Landhaus Ville in Brühl near Cologne. My own restaurant in Pulheim near Cologne was one of the 15 best in Germany. Then came the call from Volkswagen.

A rather unusual move.
Yes, but also exciting. Here I have the opportunity to plan, develop and implement many things. If you like, from a small exclusive star restaurant to XXL gastronomy.

How did you get started at Volkswagen?
Initially, I was responsible for the catering area and built up this area with three employees. We looked after international trade fairs and events such as dealer congresses with several thousand guests. In the end, we made around EUR 17 million in sales with 60 employees.

You didn't stay at Volkswagen, right?
Porsche's HR Director at the time asked me if I knew anyone who could take over the management of catering for all locations, including the management of Porsche Dienstleistungs GmbH. The chance to have such a large area of responsibility really appealed to me.

About the person
Nils Potthast took over the top culinary job at the Wolfsburg carmaker from Martin F. Cordes in November. Before joining Volkswagen as head of catering in 2000, he had been patron at the "Landhaus Ville" in Pulheim since 1995 and was awarded two Michelin stars in 1999. In the meantime, Potthast was Managing Director of Porsche Dienstleistungs Gesellschaft for two years before returning to Wolfsburg. He once completed his apprenticeship as a chef in the Haerlin restaurant of the Vier Jahreszeiten Hotel in Hamburg.
That was only a brief guest appearance for two years.
Porsche is a great company and I really enjoyed it there. The two years were extremely instructive, and I wouldn't want to miss my time there. But in the end, Volkswagen is my home, and the step back to Wolfsburg feels good and right.
Volkswagen Gastronomy
Six locations generated €101.1 million in revenue in 2019 (+1.6%) with 95 operating units. The growth comes from main catering (1.2%), guest catering (8.7%) and additional businesses (3.6%). An increase in the number of guests served at lunchtime (30,231) and a slight increase in bonuses (€ 0.07) provided positive impetus. The largest location, Wolfsburg, generated €26.5 million in net sales excluding subsidies and counted 6.6 million guests. Volkswagen's company catering, embedded in the Service Factory, comprises a central kitchen, 48 company restaurants, 20 bistros, 22 self-service shops and mobile vending trolleys.

This text is an excerpt. Read the full portrait in the first 2021 issue of gv-praxis. Read now! (in German)
tags: