"Extend the outdoor season as much as possible" 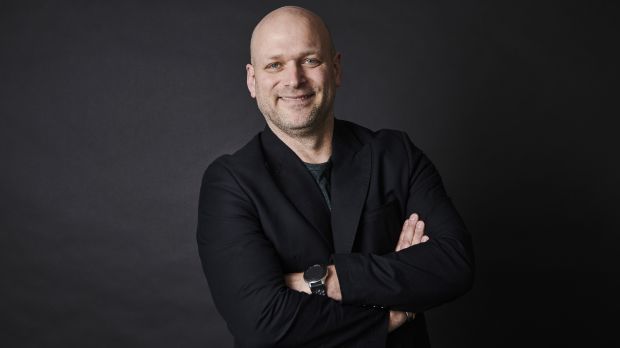 As a large franchise system, the Enchilada Group steers relatively successfully through the Corona summer. In an interview with FOOD SERVICE, Torsten Petersen talks about the ways through the crisis so far, the upcoming autumn and the instruments of politics in Germany.

FOOD SERVICE: What is the current status of the Enchilada Group? How do the turnovers look like and how many restaurants are open?
Petersen:
In fact, at the moment not a single establishment of the Enchilada Group is closed, all restaurants are open. In terms of net sales, we are currently at the previous year's level in July and August. Adjusted for VAT, this represents a drop of about 7 percent.

Are the different concepts equally affected?
No, you have to differentiate strongly here. The most affected concepts are about 65 to 70 percent compared to the previous year. These are mainly our large, German concepts. But it must be said that in these concepts in cities like Munich or Stuttgart a significant proportion of the guests are usually tourists. So you can already see the slump.
Other concepts, on the other hand, have already benefited. Enchilada, for example. This concept is actually designed for winter operation. Now the summer in the south of Germany was not as nice as last year, which helped, since we have many restaurants in this region. Furthermore, alternatives like clubs, bars or discotheques were closed, so that guests came to us.

How important were the outdoor areas for guest frequency?
Very, without exterior areas it was difficult. We only have one Enchilada without a terrace in our portfolio, where sales fell more sharply, although you can open the window front completely. Fortunately, most of the cities cooperated, so that in some places we were even able to expand the outdoor areas.

How does it look now in autumn?
On the one hand, we want to extend the outdoor season as long as possible, but like everyone else we only cook with water. In addition to heating solutions, whereby I would prefer to see infrared used as a heating system for environmental reasons, depending on the location you can consider investing in outdoor solutions that can be used for longer than one year, for example in a small winter village if you have a beer garden. However, it depends a lot on the local partner and the federal regulations. And this extension also has its limits, of course.

How do you get guests into the interiors when it's too cold?
We have known since May that autumn is coming with its challenges and are preparing ourselves accordingly. We have been working hard on ventilation systems, although there are very big differences here. What should supply and exhaust air look like, do you need additional devices? Here we would like to see clear, comprehensible recommendations from the authorities, so that the market is not so confusing and investments can be made sensibly.
The preparations also include optimal seating at the locations in order to make the best possible use of the space despite distance rules, as well as guest communication on various channels. We have to show what we do to protect and then implement it. I am sure that the guests are ready to go in if we communicate accordingly and visibly and consistently implement distance and hygiene rules.

How has Enchilada supported its franchisees during the crisis?
In the crisis, we have definitely all moved even closer together. We immediately set up a crisis team at headquarters, bundled information and exchanged experiences. Our network as a system provider was very helpful here. To be honest: If I were a single restaurateur I would have been overwhelmed by the amount of information.
Then we supported our partners at the banks, for example when it came to loans. We also completely waived our franchise fee from March to May. Starting in July, we will first draw 3 percent and then look at the businesses individually. We want to prevent partners from getting into an extreme imbalance with a franchise fee. We want to look back after the crisis and hopefully be able to say that none of our businesses had to close.

How do you assess the various instruments and tools of the Politics?
The VAT adjustment has definitely helped, especially the reduced rate for food. (Editor's note: Because of COVID-19 authorities have lowered the VAT by 3 percent in general and by 12 percent for food consumed at restaurants specifically for a certain time period). That would be desirable if this adjustment were to continue beyond the middle of next year. What has also helped and can be an important instrument in winter is government-backed short-time working. This has enabled us to retain almost all our employees.
With loans, the problem remains that you have to pay them back, although the handicap in terms of sales remains, for example, due to fewer seats and it is also not possible to predict for how long.
We take a very critical view on the bridging aids by the government, not least because of the way they are designed. In my opinion, it would be fairer to go not to affiliated companies but to permanent establishments, because that is where the costs are incurred, such as rent and personnel. Moreover, the aid is only granted if sales remain below a certain percentage compared to before the crisis. I see a dangerous incentive here to keep turnover artificially low - for example through partial closures or, in the worst case, through black money - in order to get the money.
About Torsten Petersen and the Enchilada Group
Torsten Petersen is Managing Director and shareholder of Enchilada Franchise GmbH. Born in Augsburg, he joined the Gräfelfingen-based company in 1999 after completing his studies in geography. During his studies, the now 46-year-old got to know the catering trade as a waiter in the Enchilada in Augsburg. From 1995 to 2008 Petersen was employed in the rapidly growing company Contact person for the franchisees and accompanied the numerous new openings. From 2008 Petersen drew as Authorized signatory was responsible for finance and purchasing (focus on beverages) and managed the bar team. Since June 2015 Torsten Petersen with Karsten Rupp, Karsten Rüdiger, Daniel Gantenberg and founder Hermann Weiffenbach the management of the Enchilada Franchise GmbH Among others, it operates the gastronomy brands Enchilada, Aposto, Besitos, Burgerheart. 2019 the company announced according to foodservice top 100 ranking 127.1 million Euro sales with 91 units (as of 31.12.).