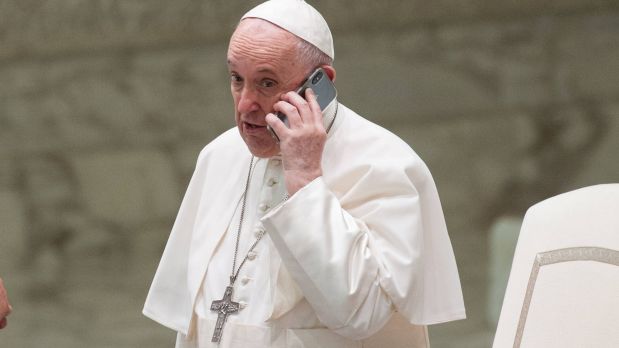 Imago Images
Pope Francis already has it: the Green Pass. Without it, no one is allowed into the Vatican canteen.

The Vatican sets a good example and from now on only allows its employees to enter the canteen with a "Green Pass". Otherwise, one is denied the food. This applies to all employees, reports the online channel Vatican News. Even the Vatican gendarmerie must present proof of a vaccination, a survived corona infection or a negative corona test no older than 48 hours for their daily meal.


Excuses don't count unless you have a doctor's certificate stating that you are "unfit to be vaccinated", they say. The Green Pass has been a source of controversy in Italy since its introduction on August 6, as it is required when entering indoor areas such as restaurants, museums, gyms or theatres - from the age of 12. According to the latest government information, this new regulation also applies to canteens, which in this case are equated with restaurants.

The Vatican did not hesitate for long and implemented the new requirement immediately. Pope Francis has already had the Green Pass for a few days, Vatican News reports. The Vatican employees were also informed about the tightened Corona protection measures in a letter. The Vatican management personally checks at the entrance of the Vatican canteen whether every hungry guest really has a Green Pass. As always, exceptions prove the rule: church services in Italy can still be attended without this proof - while in the Vatican Museums, since the beginning of August, no admission is possible without it. Divine providence or political calculation?

Green Pass a brake on sales?

The weather in Italy is still summery, many people are sitting outside in the open air in restaurants. And still the displeasure is kept within limits. But what will autumn be like? The Italian industry association is already sounding the alarm and complaining about declining sales since the introduction of the Green Pass. Especially families with unvaccinated children would now refrain from visiting restaurants. Because from the age of 12, the Green Pass must be presented without ifs and buts. Due to many protests, the Italian Ministry of the Interior has also clarified once again that the restaurateurs would have to check not only the Green Pass but also the identity card in order to rule out the possibility that a guest with a foreign vaccination certificate would gain access to the desired restaurant.
tags: