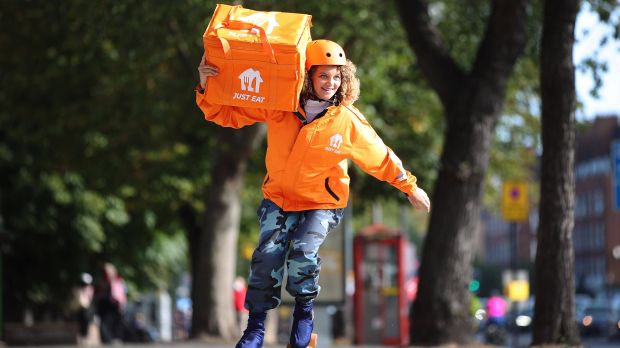 imago images / Cover-Images
The Dutch delivery specialist Just Eat Take-away.com continues to grow strongly in the first quarter. The group is particularly satisfied with the development in Great Britain.

The ongoing Corona pandemic continues to drive business for delivery platforms. The number of orders placed via Lieferando grows by almost 80 percent year-on-year in the first quarter of 2021, to 39.2 million in Germany. The delivery specialist is expanding the number of deliveries with its own fleet of drivers in this country. That's according to a trading update from parent company Just Eat Takeaway.com.

Business with own drivers growing strongly

The volume of deliveries made by the company's own fleet of drivers, known as Scoober, grewdisproportionately compared to total orders. Again, the U.K. is driving growth. Orders in the segment rose from 2.9 million in Q1 2020 to 22.9 million in Q1 2021, an increase of nearly 700 percent. The company expanded its own fleet infrastructure in London and Birmingham in particular. This means the company is delivering just over a third of its total UK orders with its own drivers. In other markets, such as Canada, that percentage is even higher, at nearly 96 percent.

In Germany, too, the number of deliveries with the company's own drivers more than doubled, rising by 124 percent . Compared to total orders, the share of scooter orders is growing at just under eight percent, but is still very small. Delivery with its own drivers is considered significantly more costly and less profitable for Just Eat Takeaway.com compared to pure order brokering, where the restaurant delivers itself. For restaurateurs, the commission they have to pay to Just Eat Takeaway.com is significantly higher, at around 30 per cent, if they use their drivers. If they deliver themselves, the commission is usually just over ten percent.

The company is also steadily expanding the Scoober service in Germany, initially primarily in North Rhine-Westphalia: for example, Lieferando will be starting with around 30 drivers in Bochum from mid-April, with other cities in North Rhine-Westphalia to be added in the coming months. As a promotional measure for the launch, restaurants listed on the online marketplace for the first time will be able to place and deliver orders free of charge for around four weeks.

In its trading update, Just Eat Takeaway.com also discloses what it calls Gross Merchandise Value (GMV) , or gross sales mediated by orders. This increased in the quarter to 4.5 billion euros in all markets. In Germany, the value almost doubled from just under EUR 0.5 billion to more than EUR 0.9 billion. The fact that this figure rose more sharply than the total number of orders is likely to be due primarily to larger average shopping baskets. 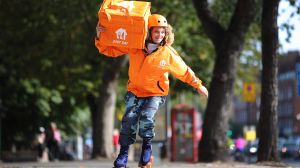