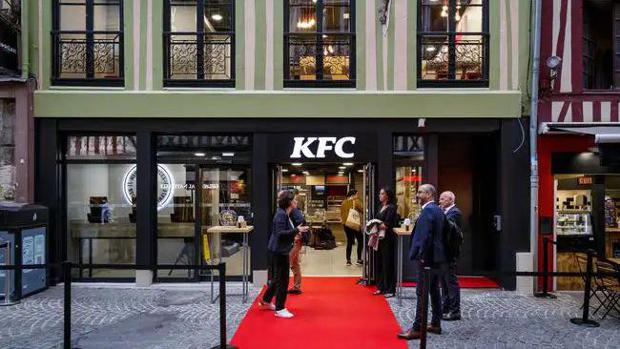 KFC
The inauguration ceremony of thenew restaurant, located in the heart of the historic “Gros-Horloge” neighborhood of Rouen, took place in the presence of the General Manager of KFC France, Isabelle Herman, the restaurant's franchisee, Emmanuel Coiffier, the Vice-President of the Rouen Metropole Chamber of Commerce, Philippe Depréaux, and many of the company's partners.

KFC has inaugurated its 300th restaurant in France in the city of Rouen. With this new opening, the company reaches a key milestone in the achievement of its development objectives: doubling the number of KFC restaurants in France.

“Since its arrival on the French market in 1991, KFC has experienced a dynamic expansion: we went from 11 restaurants in 2001 to 120 in 2010. Since then, we have more than doubled our openings and I am very proud that we are reaching this milestone of 300 restaurants with this gorgeous new restaurant in Rouen.”, explained General Manager of KFC France Isabelle Herman.
The new KFC restaurant in Rouen which was officially inaugurated on September 6, had opened on August 2 in the “Gros-Horloge” street with 120 seats available and a takeaway service. This is the company's 13th restaurant in the Normandy region, the ninth in the Seine-Maritime department and the eighth operated by Emmanuel Coiffier, franchise partner of KFC France.

With this new opening, KFC France is contributing to the attractiveness of Rouen’s city-center and creating 80 jobs adapted to a wide variety of skills. The company has worked in partnership with the local branch of Pôle Emploi, the French employment agency, to recruit its team.

KFC France is dedicated to providing its consumers exemplary service and quality products accessible to all. In this perspective, the brand frequently reviews its recipes to improve the nutritional profile of its products, and diversifies its meals, with the addition of salads, and recently, of a brand-new vegetarian burger. The “Nutri-Score” of all products in KFC's permanent range has been available since September 2021 on the brand’s ordering kiosks and on its website.

KFC is also committed to local sourcing, particularly for its chicken, for which France is the leading supplier thanks to a partnership with the SNV Group and nearly 500 French farmers.  The company is also committed to continuous improvement in terms of animal welfare. In 2021, KFC France signed the Better Chicken Commitment, a European charter that aims to improve the breeding and slaughtering conditions of chickens and publishes each year a dashboard tracking its progress in terms of animal welfare.

Finally, KFC wants to reduce its environmental footprint. It is thus one of the first fast food companies to have gone plastic-free. The company now uses 100% recycled packaging and is constantly seeking to reduce their volume and impact. 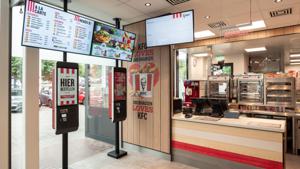 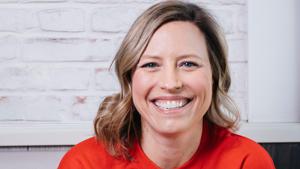 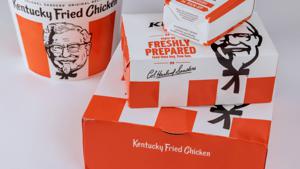 Trial for first delivery only kitchen in London