Joe Biden has won - what does that mean? 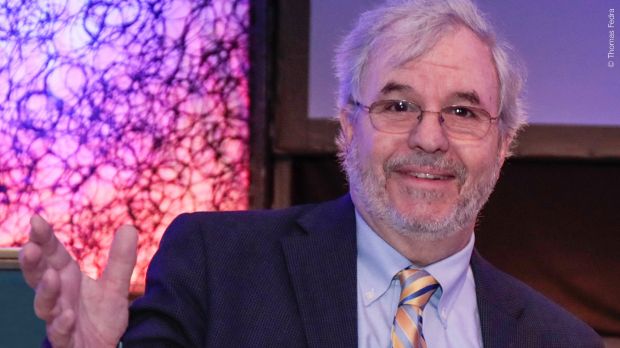 Here is a view, a bit optimistic, on the future political reality for the United States after January 20, 2021 now that the Biden Era is about to begin and the Trump Era is ending.


Joe Biden, the new President, will be in a strong position, with a record-breaking 74 million national popular votes, more than 4 million votes than Trump (a bigger lead than some total state populations, or the City of Los Angeles).  He will end with an Electoral College mandate with well over 300 votes, including winning back the 4 Northern “Blue Wall” states that Trump had carried (Minnesota, Wisconsin, Michigan, Pennsylvania), and flipping the traditional Republican states, Georgia and probably Arizona.

For the first time in history, a woman, Kamala Harris, will be Vice President, ground breaking in so many other areas, as well.

Mitch McConnell, Majority Leader of the Senate, is weaker after having lost at least 1 seat, but remains in power. Nancy Pelosi, Speaker of the House, is weaker having lost around 10 seats, but also remains in power (although she will be internally challenged for her leadership position). There will be more women, gays, and minorities in both houses than at any time in history, shifting priorities and power bases.

In comparison to a European Parliament system, this is a classic “coalition” government that will need to find a way to govern for their own survival. In just two years, 2022, 1/3 of the Senate and 100% of the House of Representatives will be up for election.  Avoiding a political stalemate in 2021, given the enormous issues of COVID and the Economy, will guarantee a major push to get things done. Biden has pledged to bring both sides together, he is uniquely qualified to push for bipartisanship, and they will be pressed to join him.

Professor Dr Christopher C. Muller
Professor Muller is a gifted university lecturer with a unique mix of knowledge and experience, of theory and practice. No other scientist in the German and English-speaking world analyses the paths, directions and perspectives of professional gastronomy as analytically and at the same time as relevant to action as he does. In demand as keynote speaker in America, Europe and Asia. Muller lives in the U.S.A. and will appear at the next Digital Summit Talk on 3 December at 3 pm.

There will still be major issues dividing the country, Reds and Blues do not see things the same way.  The biggest divide is rural (Red) vs. urban (Blue) and how they emotionally feel about their own personal stake in the future of the country.  These issues will be the hardest to solve.

In real-politic terms, the true political “deal makers” are going to move things forward. They know their own legacies are in play.  McConnell already has put 3 Supreme Court and 200+ Federal judges in place, he has room to move. The three old leaders (Biden, McConnell and Pelosi are all in their 70’s) are Institutionalists who know how to play the game to make themselves look good. They know it is time to put some bandages on the wounds and keep things together against the Barbarians at the Gate, on both extremes.

This Coalition will propose fast legislative agendas to meet their constituents needs.

For both sides, expect to see immediate legislation in the pandemic economic stimulus targeting small businesses and workers.  At the same time expect large Infrastructure Investment (especially high speed 5G to the “rural Red” parts of the country) to get construction workers across the country back to work. This will be followed by very aggressive plans to fix the COVID-19 problem, including acknowledging how bad it continues to be.  A national plan for testing, vaccinations, quarantining, isolation and tracking will be the outcome.

While a “Green New Deal” is highly politicized, expect a unified effort to address climate change as part of the Economic Stimulus plan, primarily in a national investment in green technology for automobiles, the national power grid (including storage batteries, solar and wind), and waste management.

For the Republican “Reds” expect to see reform of the Internet, targeting Facebook, Google, Amazon and Apple as the 21st century monopoly trusts (think back to early 1900’s and rail and oil breakups).  This will create new anti-trust legislation intended to curb their political power, but will also create a wave of new technology start-ups away from the coastal regions (good for Red states).

For the Democrat “Blues”, especially the progressive wing, expect health care, voting rights and police reform, tax reform, school safety and gun limits, and some kind of first ever national protection for abortion rights (the hardest of these items). New Minimum Wage legislation will create a national standard, increasing both urban and rural spending power.  This is, over the long-run, very good for restaurants, retail and tourism, people spend more in these three areas when wages rise (even Republicans like to see the common people spend money).

For the World, expect a return to a normalcy in foreign policy, and a renewal of traditional alliances.  The U.S.A. will rejoin the Paris Climate Accord.

The bottom line, the U.S. stock market historically looks very favorably on a mixed government of this kind, knowing that things move forward but they are grounded in a traditionally Centrist way.  The US economy should see a strong rebound by 1st Quarter 2022.

There will be challenges to bring people together, but if nothing else, the country is breathing a sigh of relief, and looking forward to a sense of calm that has been missing for the past four years.