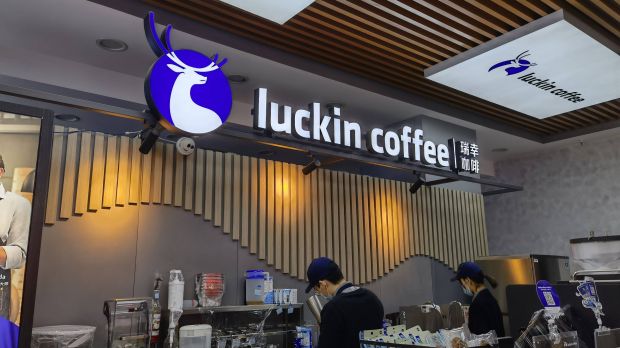 IMAGO / VCG
The Chinese coffee bar chain has received fresh money. Part of it will go to the US Securities and Exchange Commission.

The Chinese coffee bar chain plans to use part of the US$250m to settle its debt with the US Securities and Exchange Commission (SEC). US$240m came from Centurium Capital and US$10m from Joy Capital, both private investment firms based in China and existing Luckin Coffee shareholders.


This is to pay the $180 million fine agreed with the Securities and Exchange Commission. According to the World Coffee Portal by market researchers Allegra Strategies, London, Luckin Coffee closed a net 235 stores in China during 2020, leaving it operating around 4,270 locations. The brand thus retains a nearly 20 percent share of the Chinese coffee bar brand market.


According to a Luckin Coffee press release, both investors could provide an additional $150 million "under certain circumstances." Luckin Coffee filed for bankruptcy in the U.S. in February 2021. The company also plans to use the new investment to further expand its core coffee business.

"Today, we have a new leadership team and a viable plan to return Luckin Coffee to growth and value creation. The Board of Directors and management team believe that the restructuring is in the best interest of the company and its stakeholders," shared Dr. Jinyi Guo, Chairman and CEO of Luckin Coffee. The statement also said that all stores "will remain open for business." Luckin Coffee is considered the fiercest competitor to Starbucks. The world leader in coffee bars is focusing most of its expansion on the U.S. home market and Asia.

Luckin Coffee hit the headlines in April 2020 after it was revealed that its 2019 financial statements had been falsified by as much as 2.2 billion yuan ($340 million). This led to a series of high-profile layoffs at the coffee bar chain, including CEO Jenny Zhiya Qian and COO Jian Liu. In June 2020, the Xiamen-headquartered company was delisted from Nasdaq.

The brand's revolutionary e-commerce strategy, which revolves around app-enabled delivery, pickup and a virtual kitchen format, remains highly influential, according to World Coffee Portal, and has been adopted by coffee bar chains around the world trying to adapt to the challenges of the pandemic. 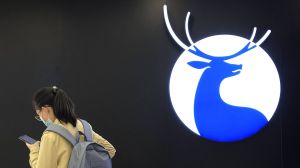