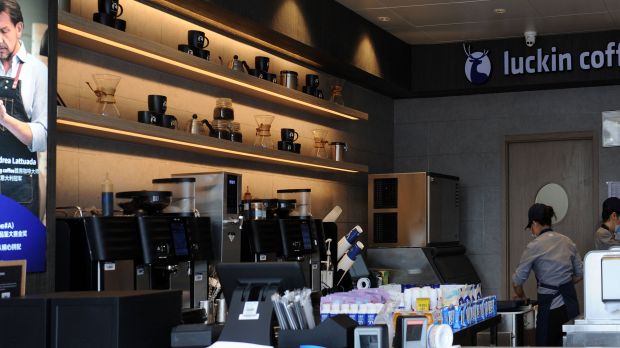 Charles Zhengyao Lu, chairman and co-founder of Luckin Coffee Inc. has apologized for the falsified figures. The accounting scandal has plunged the coffee chain into a major crisis. Lu expressed his disappointment and regret when "the Nasdaq asked the company to withdraw from the market without waiting for the final outcome of the investigation, which was unexpected".


He said he firmly believes that the Luckin business model is valid. "The company's annual turnover has risen steadily since its inception. And now, despite the impact of the epidemic and the scandal, thousands of Luckin stores are still struggling to keep up."

Lu is ready for any investigation. He claimed that almost all the money he has earned from the start, as well as the funds promised by Luckin coffee bars, will be used to support the operation and develop the business. "I can't sleep at night. If the company is taken off the list, it will certainly face more difficulties and increased pressure," he added according to the Communicaffe portal.

According to Bloomberg, Luckin Coffee is still opening stores in China at a "breakneck pace". The coffee chain opened ten stores a day in its home market in the second quarter, bringing the total to 6,912, according to Thinknum Alternative Data, a New York-based company that collects operational data from public channels.

While this represents a slowdown from the first quarter - when Luckin opened an average of 20 stores per day after borrowing around $778 million in the capital markets - it is faster than the same period a year ago.

However, new local reports indicate that Luckin Coffee has reduced its workforce in Xiamen in the Chinese province of Fujian. The company is reported to have laid off about half of its employees.

Last week, Luckin Coffee fired its CEO and COO following internal investigations into sales fraud. Luckin is being investigated by both the regulatory authorities in the United States and China.

The Xiamen-based company announced on Monday that it had requested a hearing on the exit notice and that the shares would remain on the Nasdaq until then, some 30 to 45 days later.

Luckin Coffee shares plummeted again on Thursday. The stock fell nearly 29 percent after hitting a low of $1.91 from an all-time high of $51.38 in mid-January this year.

Yesterday, the US Senate passed a bill that would allow Chinese shares to be removed from US stock exchanges, partly in response to revelations of fraud at Luckin, which has cost US investors billions, Communicaffe reports further.