Steakhouse chain lays off all employees 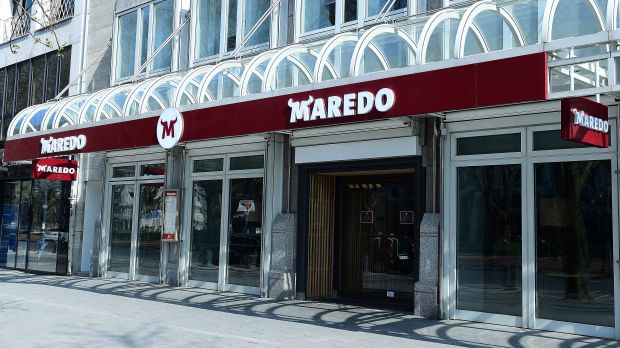 imago images / Revierfoto
Shut down for good - Maredo has given notice to all staff at the weekend.

This is the end of an era - the traditional steakhouse chain Maredo has given notice to all employees in an internal letter.

"For insolvency-related reasons, we are forced to terminate all employees as of the next possible date and to release them with immediate effect," writes Managing Director Klaus Farrenkopf to his entire staff.

Farrenkopf further writes that "there is hardly any liquidity left in the company to pay wages and salaries" and therefore this step is now unavoidable. All restaurant leases have already been terminated as of December 31, 2020.
Maredo

Maredo, founded in 1973 by Manfred Holl, Karl-Heinz Reinheimer and Udo Schlote, is a steakhouse chain with 35 restaurants in Germany and one restaurant each in Salzburg and Vienna. Perusa funds acquired the Maredo Group at the end of February 2017. In our TOP 100 ranking of Germany's top-selling restaurateurs, the group ranked 62nd in 2019 with €60 million.

Last April, the management was still confident - at that time Farrenkopf, who has led Maredo since July 2017, let it be known that "Maredo is certainly in need of restructuring."As soon as the situation allows, we will reopen the restaurants."

That will now not happen. Farrenkopf goes on to say in his letter to employees that they tried hard to get November and December aid from the government, but the company was deemed ineligible. Fire letters written by him to the NRW Minister of Economic Affairs, Andreas Pinkwart, and the Federal Minister of Economics, Peter Altmaier, also failed to have any effect.