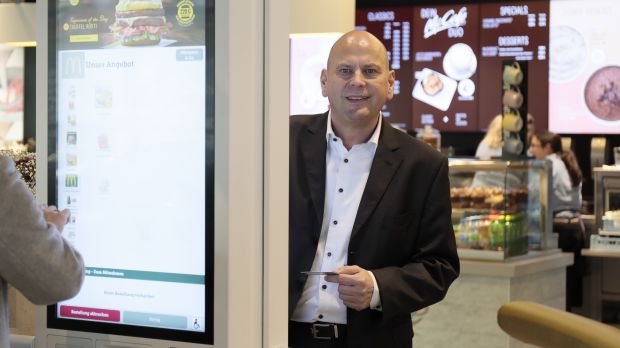 
During his tenure as CEO, Holger Beeck (62) always promoted innovation at the company. Under his leadership, the locations in Germany were converted to the new "Restaurant of the Future" concept and new ordering options such as the McDonald's App and digital ordering terminals were launched. The successful introduction of the McDelivery delivery service or product innovations such as the first vegan burger can also be traced back to his work.

"McDonald's is a brand that is successful because it has always reinvented itself and moved with the times. Of course, this also includes change," said outgoing CEO Holger Beeck. "I am proud that I was able to be involved in shaping and developing it over such a long period of time. I look to the future with confidence - both my personal and that of the company."

Federico returns, so to speak

On August 1, Mario Federico, currently CEO of McDonald's Italy, will succeed Holger Beeck as Chairman of the Board. The German market is a familiar field for him, as this is exactly where he started his career with the company in 1999. Federico looks back on more than 30 years of experience in well-known food and gastronomy companies and, after holding positions in various international McDonald's markets, is now returning to where it all began for him - Germany.

"I am proud and delighted to take over the management of McDonald's in a country where I have lived with my family for many years and where I have had the opportunity to work in the past," says Mario Federico. "I'm looking forward to this new chapter in my professional life and to working with the employees, franchisees and suppliers of McDonald's Germany."

Holger Beeck
Since December 2013, Holger Beeck has been responsible for the brand's business as CEO of McDonald's Germany and Luxembourg. Beeck began his career in 1984 as a management trainee at McDonald's Germany. He held various positions in Operations before being appointed Vice President Development in 2005. In 2009, he became chief operating officer and vice chairman of the board before assuming the position as chairman of the board and president of McDonald's Germany LLC in December 2013. For the past eight years, he has been responsible for the overall management of the company's operations in Germany and Luxembourg.

Ian Borden, President International at McDonald's said, "Holger Beeck has shown great passion for the brand from the beginning of his career. His commitment has been instrumental in the current success of McDonald's in Germany and he hands over the company in strong shape. I would like to thank him for his many years of cooperation and wish him all the best for the next stage of his life. In Mario Federico, we have a successor who will continue to drive McDonald's success in Germany thanks to his extensive experience in various McDonald's markets and his innovative approach."