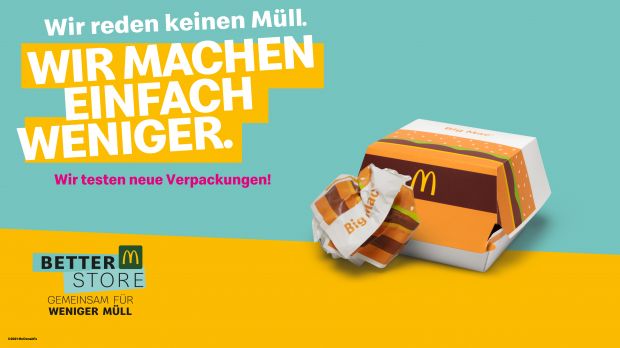 McDonald's
Paper instead of cardboard boxes in the future? The guests will also decide on this in the next few weeks.

The market leader McDonald's is changing the packaging of its products from the usual cardboard box to thin wrapping paper in 30 restaurants across Germany as of now. According to the company, this will save around 70 percent packaging material. At the same time, the company is publishing its sustainability goals and progress to date in a sustainability report.


McDonald's Germany is taking the next step on its 2019 packaging roadmap for less plastic and packaging waste. The company is now testing packaging most of its products in thin wrapping paper in 30 restaurants across the country. The live experiment will initially run for two months until the end of September. On site, diners will have the opportunity to provide feedback on the new packaging.

At the same time, kitchen procedures will be tested through the new process during the trial period. If the test is positive, the new packaging concept could soon be rolled out in all German restaurants. This measure can save an average of 70 percent packaging material per product. Since March, McWraps and selected burgers have been served in paper instead of the usual cardboard box. Readers can find all information on McDonald's packaging journey and an overview of the so-called "Better-M-Stores" in Germany here. 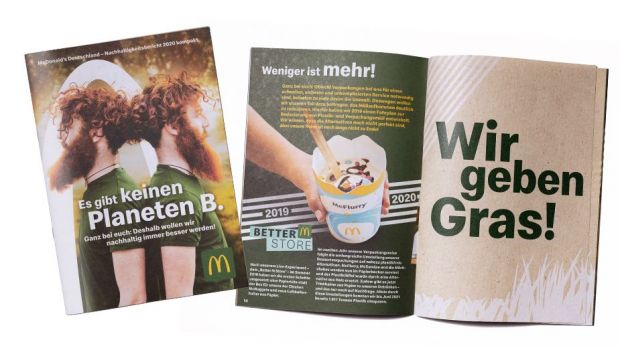 The measures to reduce packaging are part of McDonald's Germany's comprehensive sustainability strategy. Under the guiding principle "There is no planet B!", the company shows in its 10th sustainability report how it intends to continuously improve in environmental and climate protection, for example, and publishes its progress to date and new goals in this regard. Being successful also brings with it the responsibility to use resources in such a way that future generations can also build on them, says Eva Rössler, company spokesperson for McDonald's Germany. "For us, that means continuing to implement our roadmap for less waste and packaging, improving conventional farming and reducing our carbon footprint."

McDonald's says it has already been following a consistent roadmap to reduce waste since 2019. For example, in recent years it has replaced plastic straws with paper stra ws and switched its dessert packaging to a plastic-free alternative. In addition, since 2020, Happy Meal toys are no longer offered with batteries and the toys are increasingly packaged in paper instead of plastic. To further saveCO2, McDonald's runs its restaurants on 100 percent green electricity and is continuously expanding its fast charging network in Germany together with its partner EWE Go. Charging points for e-cars can already be found at over 100 McDonald's restaurants, according to the company's headquarters. By 2025, more than 1,000 McDrive locations will offer the opportunity to charge their own electric vehicles - also with 100 percent green electricity.

A print version of the sustainability report made of recycled cup paper is now available in all restaurants - online all contents of the brochure can be found here. 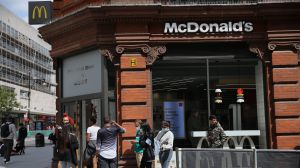 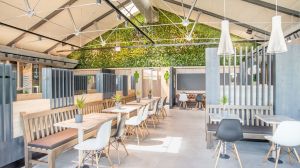