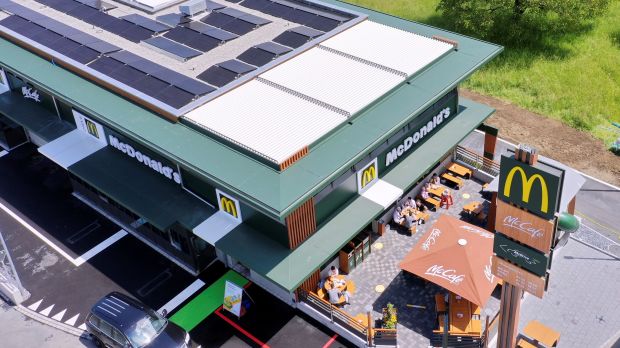 McDonald's Switzerland continues to work towards a more sustainable gastronomy. Already part of the strategy: green electricity from hydropower, fuel from waste cooking oil and clean-up tours for clean streets. Next steps include more sustainable packaging.


In the newly opened sustainabilty pilot restaurant in Hendschiken, McDonald's is gathering experience on new packaging and other measures before the nationwide launch. In the restaurant in Hendschiken, 98 percent of the food packaging is plastic-free, a green hydrogen truck brings the ingredients and Big Mac & Co. are prepared with green electricity from the solar plant, the company reports.

In its 2021 Sustainability Report, McDonald's Switzerland set out its goals for sustainable foodservice up to 2025, which the company will pursue with its 47 licensees and partners. In the environmental area, the focus is on two main topics: Packaging and recycling, and improved climate protection in operations. 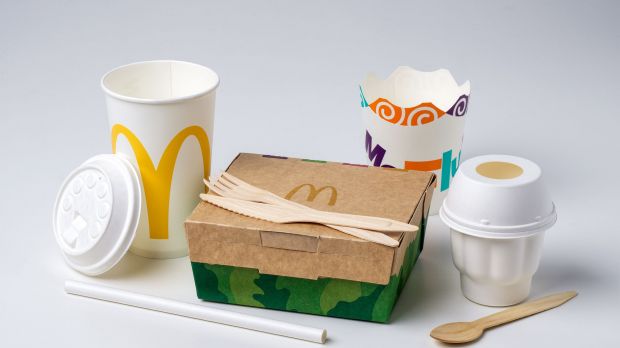 
"It's the small but important moments that count - even when it comes to environmental protection. Today we have plastic lids with tubes. Now our cups have plastic-free lids, through which you can also drink straight away, so there's no need for the tube. And in the restaurant we don't use lids at all. Because we want to reduce plastic and use fewer resources overall," explains Aglaë Strachwitz, Managing Director of McDonald's Switzerland. These and other packaging innovations have been implemented in Hendschiken and will be rolled out across Switzerland in 2022."By 2025, the plastic content of food packaging should still be a maximum of 2 percent throughout Switzerland," adds Aglaë Strachwitz.

Guests can dispose of the cups separately at McDonald's Hendschiken, giving them a second life. "Our partner Axpo Kompogas extracts compost and biogas from the cups," explains Heinz Hänni, environmental manager at McDonald's Switzerland. McDonald's says it gives many recyclables a second life in all its kitchens: since the early 2000s, the company has had biodiesel made from used cooking oil and biogas produced from organic waste.

For the sustainable restaurant in Hendschiken, the ingredients for Big Mac &Co. are transported by a hydrogen truck with no emissions at all - the only emission is water vapor. This green truck also supplies other McDonald's restaurants in the regions of Aargau, Basel, Bern and Zurich. This brings McDonald's one step closer to achieving one of its climate goals around its operations: from 64 percent today, 70 percent of goods are to be transported to the restaurants in a CO2-neutral manner by 2025.

Charging parking for e-cars and e-bikes.

"We also make it easier for our guests to be CO2-neutral on the road: with the charging sockets for e-bikes and charging spaces for e-cars from Gofast," explains Walter Schaub, who as an independent entrepreneur runs the McDonald's of the future in Hendschiken under a licence agreement. By 2022, there will be e-charging stations at all suitable Swiss McDrives.

In addition to new packaging and more climate protection, McDonald's has been offering guests a choice of main ingredient for years: beef, chicken, fish, veggie or egg. In 1996, McDonald's launched its first veggie burger. Last year, the restaurants further expanded their offerings to four veggie burgers and a veggie Caesar salad, among others.