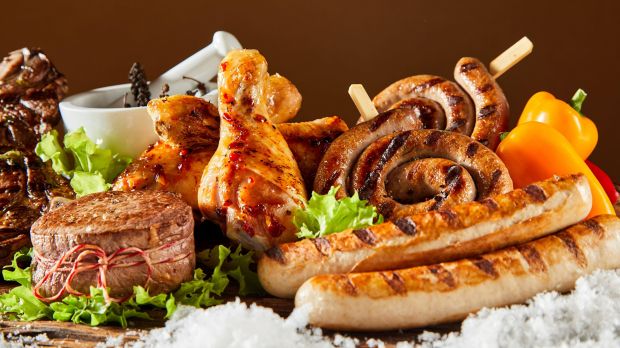 IMAGO / Panthermedia
In Germany, less meat ends up on the plate.

The per capita consumption of meat in Germany in 2020 will fall to its lowest level since 1989, according to preliminary data from the supply balance for meat published by the Federal Information Centre for Agriculture (BZL). While less and less beef and pork is being consumed, the consumption of poultry meat is steadily increasing.

At 57.3 kilograms, the per capita consumption of meat in 2020 was lower than at any time since consumption was calculated in 1989. In total, meat with a slaughter weight of 8. 5 million tonnes was produced in 2020 - around 1.6 percent less than in the previous year. 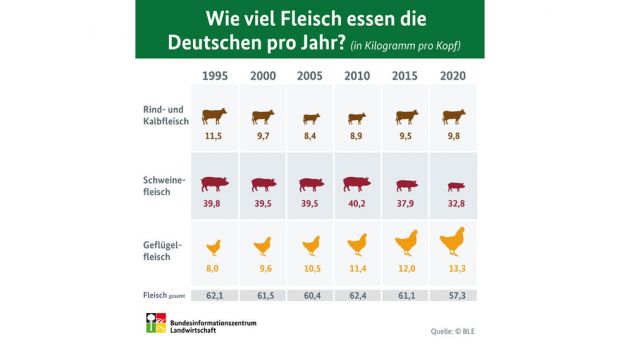 BLE
Meat consumption per capita over the years in kilogrammes.
In Germany, a total of 750 grams less meat per capita was consumed in 2020 compared to the previous year. While people ate 940 grams less pork and 40 grams less beef and veal, the consumption of poultry meat increased by 180 grams.

and 11 percent fewer were exported, based on slaughter weight. Furthermore, imports and exports of meat, meat products and canned goods decreased by 7.8 percent and 6.5 percent, respectively, compared to 2019. 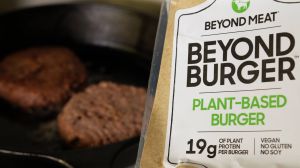 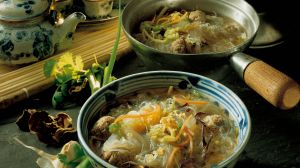