Bernd Riegger wants to take off with Alex 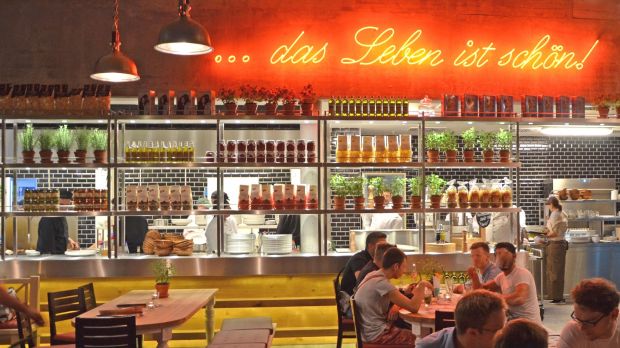 Alex
Back to the good life: All-day dining concept Alex goes for a new look and expansion.

The system gastronomy company Mitchells & Butlers Germany has survived the Corona crisis smoothly thanks to its substance. Now managing director Bernd Riegger is switching back into offensive mode. The Alex restaurants are to expand with a new look and updated concept. Riegger demands that politicians and landlords also learn lessons from the flawed Corona strategies.

Mitchells & Butlers Germany (MaBG) and its approximately 1,600 full-time employees have nevertheless come through the crisis comparatively well to date, according to Riegger. Despite many wrong political decisions, long waiting periods for the still not fully disbursed state aid money and a plethora of too patchy federal and too short-term decisions.

Managing Director Bernd Riegger is nevertheless convinced "that we in Germany live in a privileged country after all and have so far mastered the pandemic quite well as a society and as a company." The most important crisis instrument was and is the short-time working allowance. With this - and through voluntary increases to 80 to 100 percent - it has been possible to retain almost all employees from the core workforce. 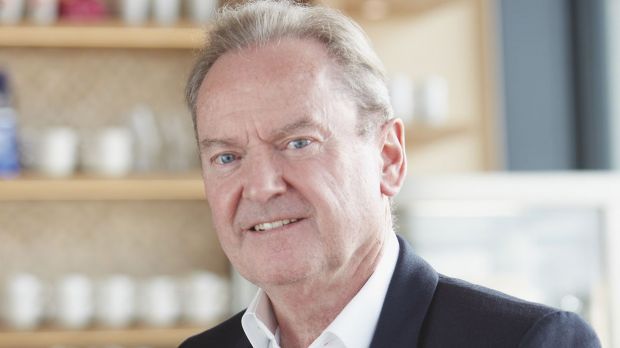 Alexandra Repp
And there is something else that has proved its worth in the crisis: conservative management. MaBG is living off the good assets it has built up over the past few years and has been able to draw on its high cash reserves, which were actually earmarked for further expansion. This made it possible to bridge the lockdown months.

"The gastronomy was forgotten by politics and not perceived as an industry. This must change, if such a pandemic situation occurs again", demands Riegger. Politics must become less bureaucratic as well as more creative and involve a broad spectrum of decision-makers in addition to scientists.

In addition, it is necessary to establish a nationwide set of regulations that are binding for all states and municipalities - not only from an incidence of 100. "As a Germany-wide chain, we were almost unable to keep up with the restarts due to the very different regulations at the 34 German locations. It was an absolute tour de force!" says Riegger. And now the expectation is great that after all the efforts that have been consistently implemented, there will also be equal relief and further relaxations will take place quickly - for example with the distance regulations on the inner surface. Countries and municipalities are still having a hard time with this.

Learnings from the lockdowns

Riegger is very satisfied with the way his management team and all employees have mastered the major challenges the company has faced in recent months. Because Mitchells & Butlers has given its employees security through job guarantees and increases in short-time allowances and generally enjoys a good reputation as a trustworthy employer, the core teams have remained so that the restart did not have to be postponed or limited in time due to a lack of personnel. Apart from the current lack of mini-jobbers, which are primarily generated from students, MaBG does not suffer from the shortage of skilled workers as much as other restaurateurs.

In addition, the regular direct status communication by e-mail between Bernd Riegger and the operations managers as well as their employees on site, which was introduced during the lockdowns, has proven to be an important, confidence-building instrument that will be maintained in the future. The digital weaknesses uncovered in the process - such as interacting with employees via social media and messengers instead of e-mail - are one of many ideas and tasks that have been taken away from the crisis. In general, the pandemic has given the topic of digitalization another strong boost within the company.

With regard to locations, additional factors will have to be taken into account in the future. Not least because of travel restrictions and cancelled trade fairs, as well as the foreseeable trend towards temporarily maintaining home offices, formerly very profitable outlets in office environments such as Alex The Squaire at Frankfurt Airport are particularly affected by the lockdown and the resulting social upheavals.

On the other hand, large outdoor areas, which are already an important trademark of the Alex businesses, will be given even greater emphasis in future operations. The pandemic, he says, clearly demonstrated that year-round outdoor capability can be a gamechanger. Without it, Mitchells & Butlers would not have managed to generate a turnover of 76.8 million euros (prev. year 105.7 million euros) in the past financial year (to 31.12 .2020) and thus "only" a minus of 39 percent, according to Riegger. 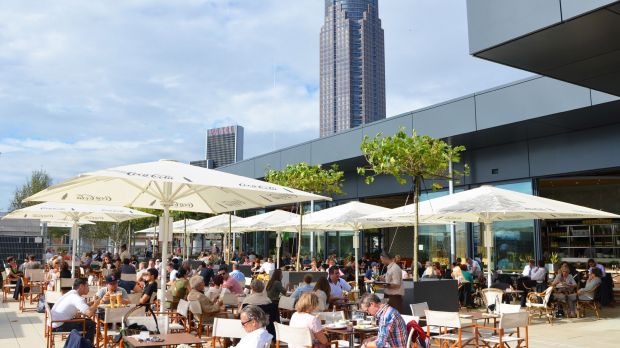 Alex
Alex Skyline Plaza
"We will also have to deal with the municipalities, which should issue extended permits. New concepts for outside concessions are needed here. Certainly this will not be possible overnight, but we should initiate a rethinking process. Because there will be more and more people - even after the end of the pandemic - who prefer to sit outside regardless of the weather," explains Bernd Riegger.

Mitchells & Butlers is - according to the Top 100 Ranking of foodservice - meanwhile the number one in Germany in the segment of leisure gastronomy and due to its stable economic situation it is a welcome tenant who receives many real estate offers, emphasizes Riegger. The managing director therefore appeals to the landlords of retail and gastronomy spaces to urgently rethink if they do not want to trigger a painful structural change caused by vacancies in the city centres due to exorbitant rents, which will be intensified by Corona. "Because the high rents can no longer be passed on to the price calculations," says the restaurateur: "A 0.3 l Pils for six euros is a price that could not be passed on to the market under any circumstances." In addition, Riegger would have liked - not least on the basis of the new legal basis - a greater concession on the part of the landlords in the Corona crisis. "With many of them, we just fell on almost deaf ears." The in-house development team is already thinking about including clauses to this effect in future contracts.

For Riegger, Mitchells & Butlers, like almost the entire restaurant industry, has developed a high level of creativity during the crisis. On the one hand, this was necessary in order to master all challenges, but on the other hand, it has brought forth many new ideas. They are now to be incorporated into the further development of the Alex concept and give the 40 existing establishments a completely new look, as was last implemented in 2004. The ideas for this have been around for a long time, but Corona has given them an additional boost and initiated new experiences.

With three pilots, it should be launched as early as 2022 and enter a new expansion phase. One thing the lockdowns have made abundantly clear, according to Riegger, is that restaurant visits have been sorely missed by most people. They are an important link in the social fabric and function as a central place of communication. Alex's experience gastronomy concept plays a significant role (not only) after the restart as a "comfort dispenser".

Because it offers uncomplicated full-service gastronomy - morning, noon, evening, always. No matter whether you just want to drink a coffee, enjoy a cocktail or eat a high-quality steak. This orientation is to be further strengthened - also on enlarged and year-round outdoor terraces. Bernd Riegger: "The crisis has shown us that we are absolutely right with our business model. We have therefore not experimented with delivery or food boxes, but want to further develop what we do best."

The strategy for the coming years is therefore clearly focused on concept renewal and expansion. And if the weather as well as the virus play along, it should also be financially viable. Bernd Riegger is currently assuming a slightly better result for the current year than in 2020 and hopes for at least 80 million euros in sales.
Mitchells & Butlers (Alex, Brasserie, Miller & Carter)

Mitchells & Butlers plc. was founded in 1898. The leading operator of pubs and restaurants in the UK (around 1,700 outlets, including brands such as All Bar One, Miller & Carter, Vintage Inn, Toby Carvery) reported sales of £1.48 billion in 2020 (as at 26 September) (2.24 yoy).
In 1999, the German Alex Group was acquired and has since been steadily expanded to currently 40 sites. Mitchells & Butlers Germany GmbH, Wiesbaden (Managing Director: Bernd Riegger), is responsible for the management of the leisure gastronomy and full-service concept, under whose aegis the "Brasserie" concept (3 locations) and the new "Miller & Carter Steakhouse" are also operated.
In total, the group is present in 34 German cities. In 2020 (as of December 31), it generated sales of EUR 76.8 million (previous year: EUR 125.8 million; 39% decline due to corona).