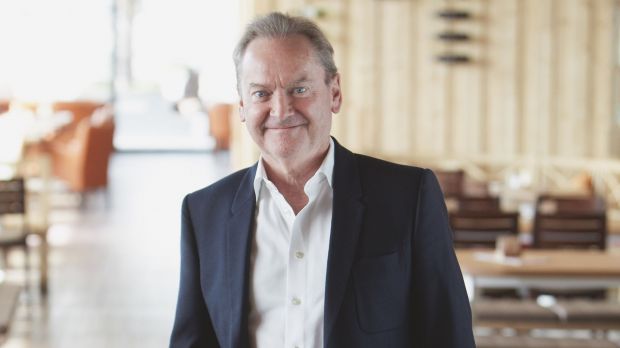 Since 1999, Bernd Riegger has been the managing director of Mitchells & Butlers Germany, based in Wiesbaden. Under his direction the management team developed the Alex brand (full-day-concept) into a successful, modern concept in this country.


Mr. Riegger, how satisfied are you with the turnover figures for your 42 Alex restaurants?
Bernd Riegger: According to the circumstances, we are satisfied with sales. In the current quarter we will achieve the net sales of last year on the same floor space.

Are there regional differences? After all, you are represented in almost all federal german states with the Alex restaurants.
Yes, there are very strong regional differences. The big cities like Berlin, Hamburg, Munich and Frankfurt show a much worse sales development than smaller cities. The cities in the new federal states have developed best.

What about your Miller & Carter steakhouse in Frankfurt?
The bookings are getting better every day. Unfortunately, there is an almost complete lack of large bookings. Tables for two or four people are the rule. The turnover is currently about 90 percent compared to last year.

As a medium-sized company, how can you ensure that the different Corona rules in the federal states are actually implemented in the restaurants?
This is a huge challenge, as there are not only rules of the 16 federal states, but also local rules depending on the infection situation. An employee is practically assigned to inform the establishments according to the changing rules.

You have ended short-time working in the company for the month of September. Why?
The extremely good summer weather was the reason why we had to hire employees again. The rule says that employees may only be hired if a company is no longer on short-time work.

In your opinion, what are the biggest hurdles from the political side for the gastronomy in Corona times?
No planning security. Big differences in the different federal states as to what is allowed and what is not. Politics has clearly taken the side of the landlords. Practically leaving the tenants out in the rain.

What do you think is the best decision politicians have made in the past six months for the catering industry?
The short-time work allowance.

What do you think must be initiated and implemented by the politicians next?
Landlords should be made responsible. The distance rule should be reduced to 1 metre, as in most of our neighbouring countries. The current VAT rule should be extended.

The turnover of your group before Corona was 105 million euros. How much turnover do you expect by the end of 2020?
Fiscal year October '19 to September '20 - a net turnover expectation of 86 million euros. The total turnover for the calendar year 2020 should be similar.