These are the five most exciting food trends 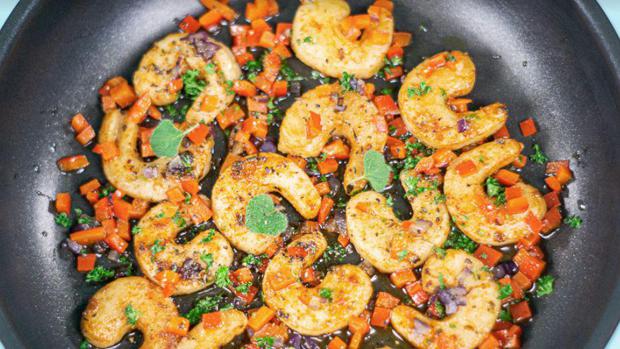 Bacon from mushrooms, shrimp from algae, beef from the 3D printer: At ProVeg International's New Food Conference in Berlin, you could taste the future. But which products will prevail? We show the most exciting food trends.


1. in the beginning was the egg

Who came first, the hen or the egg? In any case, one thing is clear: The new egg hatches without a hen from the tetrapak. For example, the Plant B Egg made from protein-rich sweet lupins, which can be used for baking and cooking just like a hen's egg, from cakes to omelets. The plant-based egg also contains less fat, carbohydrates and calories than a chicken egg - and its production uses about 90 percent less CO2, nearly 99 percent less water and 40 percent less land, according to the company.

Berlin-based start-up Neggst goes one step further: its mix of field beans, sweet potatoes and vegetable oil comes in two components, one for the egg white and one for the yolk. The highlight is a shell - also purely vegetable. This even makes it possible to fry fried eggs. The vegetable egg is expected to cost as much as an organic egg when it comes onto the market next year.

Our fish consumption is on the rise - by about 80 percent by 2050, Stanford University scientists predict.[Already, one-third of all fishing grounds are overfished, and many species are threatened with extinction. Microplastics, fertilizers, pesticides and chemicals pollute the sea as well as marine animals - and also the people who consume them. Fish and other marine organisms made from plants provide a remedy.

For example, the "shrymps" from the Munich-based start-up Happy Ocean: they look like shrimp, smell and taste like them, but are made of algae and soy. Or the vegan tuna made from fermented microalgae that EatMyPlants from Berlin plans to launch on the market soon.

3. meat from plants, from cell cultures or from... both.

Soy sausage, seitan schnitzel, veggie burgers - vegetarian and vegan meat and sausage alternatives are the new normal and are becoming increasingly popular. According to the German Federal Statistical Office, consumption in Germany rose by 17 percent to around 98,000 tons in 2021. As demand grows, so does supply, and products are getting better and more diverse. Germany's market leader, Rügenwalder Mühle, already has more than two dozen vegan specialties in its range. In addition, veggie brands from large corporations are pushing their way into supermarkets, as are small start-ups like Planted from Switzerland: Their pea-based chicken is even available in Deutsche Bahn dining cars. While Heura from Spain convinces with chorizo, nuggets and bratwurst made from soy and pea protein.

The Israeli start-up Redefine is now even bringing whole pieces of meat made from plants to German restaurants for the first time, produced using a 3-D printer. And Spanish start-up Libre Foods exclusively presented Europe's first bacon made from fermented mushrooms at the New Food Conference. The resemblance to its animal counterpart is astounding.

Only meat itself bears an even closer resemblance to meat. Berlin-based Cultimate Foods is cultivating fatty tissue from animal cells to give plant-based alternatives the ultimate meat kick. The Dutch start-up Meatable is already developing complete beef and pork from the lab. The innovative foods are not yet approved in Europe. But the technology is developing rapidly - and that is also driving down production costs.

Milk alternatives made from oats, soy or rice now fill entire supermarket shelves. Nine out of ten Germans have already tried plant milk, and for many it is part of everyday life. Sales of vegan yogurt have also been rising for years, with new varieties constantly appearing on the market. The proteins also come from lupins, cashews or peas and field beans, as in the case of the Berlin start-up Vly.

One important reason for consumers to switch to alternative products is environmental protection. Naturli' Foods from Denmark has calculated the global CO2 emissions in the production of conventional butter: Over 100 million tons per year. With the "Vegan Block" made from rapeseed, shea, coconut and almond, it would only be about one seventh. With vegan cheese, the environmental bonus is even greater. German market leader Simply V turns over more of its almond-based fresh and semi-hard cheeses year after year. Traditionally aged Camembert, goat's roll and plant-based Roquefort from Jay & Joy in France can now be found in many European organic stores.

As with meat and fish, innovative biotech companies are also tinkering with animal-free cow cheese. Berlin-based start-up Formo, for example, breeds nature-identical milk proteins from microorganisms such as yeasts and uses them to make mozzarella. And Bon Vivant from France even breeds milk from real milk protein DNA using precision fermentation.

ProVeg International is a nutrition organization working to transform the global food system by replacing animal-based foods with plant-based and cell-cultured alternatives.
ProVeg works with international decision-making bodies, corporations, investor groups, the media, and the general public to transition to societies and economies that are less dependent on animal agriculture and more sustainable for people, animals, and the planet.
The organization has Permanent Observer status to the UN Framework Convention on Climate Change (UNFCCC) and consultative status with the United Nations Economic and Social Council (ECOSOC), is accredited to the UN Environment Assembly (UNEA), and has received the United Nations Momentum for Change Award.

5. Cats and dogs are changing over

When it comes to changing our food system, animal feed is often overlooked. Many believe that the only food that ends up in our bowls is the unsaleable "waste" from the meat industry. But animal feed keeps the system going because it is the only way to make meat production profitable: in Germany alone, cat food generated sales of 1.8 billion euros in 2021, and dog food 1.7 billion euros.

At the same time, dogs at least could be fed a plant-based diet without any problems. But their owners are often not dissuaded from the idea that their pets need meat. For them, the young company Because Animals produces pet food from cell-cultured meat: rabbit meat for dogs and mouse cookies for cats - soon fresh from the lab. 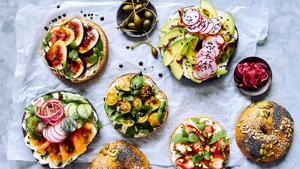 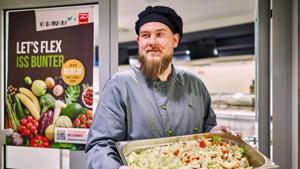 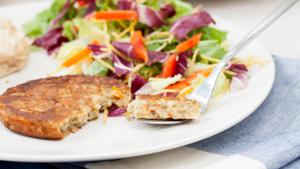 Vegan and vegetarian meals on the rise