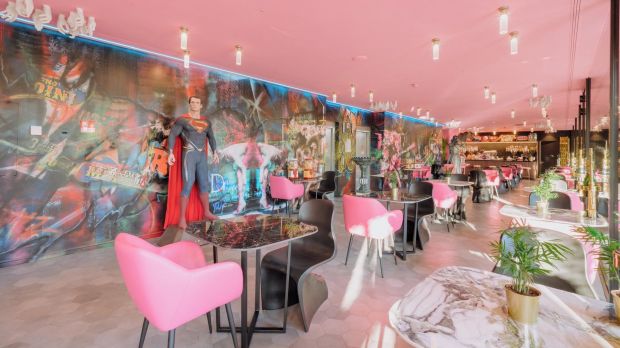 New opening in the Italian fashion metropolis Milan: In Via Mecenate 89, the art hotel Collini Rooms has opened its doors. It is owned by Italian designer Carmine Rotondaro, who offers guests an unconventional, artistic kaleidoscope full of colour and populated by superheroes and fantasy figures.


The 4-star hotel has 50 rooms and five suites spread over five floors. They are each decorated in a different hue and are guarded by characters such as Batman, Superman and Jack Sparrow. Above that, there is an exclusive nature wallpaper in the guest rooms of each floor dedicated to tropical jungles, toucans or even flamingos.

The owner and idea man behind the hotel is avant-garde designer Carmine Rotondaro, who took over the traditional Italian furriers Collini Milano 1937 a few years ago. "This is a hotel run like a family, so guests can really feel at home," stresses Rotondaro, who focuses on uncompromising service. This goes so far, for example, that pets are accepted at no extra charge. And upon arrival, the guests' dogs already have their own bed and treats waiting for them in the room.

Gastronomically, the Collini Rooms offer a restaurant and bar. On the penthouse level of the hotel is the panoramic Collini Café restaurant with floor-to-ceiling windows and a terrace where guests are served Mediterranean-inspired dishes by chef Leonardo Dimonte. The menu features gourmet and fusion dishes such as Italian sashimi, spaghetti with beetroot, pistachio pesto and pecorino waffles, and Catalan lobster. Dimonte also uses state-of-the-art ultrasonic technology in his kitchen to help preserve the original flavors, protein value and nutritional value of his high-quality ingredients.

The restaurant's design combines sleek, modern styling with antique furniture made of ornate and gilded wood. The eye-catcher at Collini Cafe is also a large mural by artist Federico Unia, also known as Omer.

"The uniqueness of our offer in terms of decoration, food and drinks is a fundamental value for us," says hotel owner Rotondaro. Therefore, he says, the restaurant and lounge bar are not reserved for hotel guests only, but are open to all guests. Musical dinner events are also part of the concept.

Another extra: a vintage car fleet

As a further highlight, the hotel has a fleet of vintage cars, including a Rolls Royce Princess limousine from 1967, which is made available to guests on request for events or special occasions. 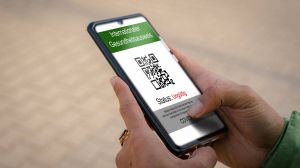 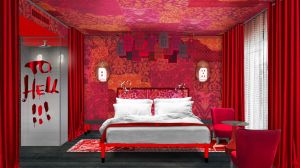